No matter what age your car is, I’m sure it’s still meant to be driven, for as long as it’s drivable – even on an alpine road trip. That is the attitude we’ve taken with our classic cars, and it has never really been a question of not wanting to put miles on them and thus opting for a modern car to eat the miles, but more like can we plan our road trip around the possibility that we might be left stranded in the middle of nowhere – do we have the time to lose if that happens? Or during a few hot summer months do we trust that the retrofitted air conditioning will work for long journeys, and quite often the answer is negative, because we have experienced the cool breeze from the vents turn into hot puffs of air on a tropical summer day.

There is also another factor to keep in mind, and that is that we often like to choose our road trip car depending on what roads we are going to drive. If it’s a straightforward drive between the Côte d’Azur and England nothing beats a car that sits stable on the motorway for hours and hours, such as the BMW E90 M3. However for a weekend in Provence or even Tuscany our E30s are great fun. Not long after Dan and I had first met I remember driving the Alpina C2 on my own from Sussex to the French Riviera, doing the whole journey (1400 kms!) in one day with a mix of rain and sunshine, and arriving at the seafront around one or two in the morning after a long day. You do it the first time and it feels like the most amazing adventure – just you and this classic on the open road – and it doesn’t matter what time you’ll arrive at your destination as long as you get there. However after a while – and we’ve done this stretch several times with both the BMW E30 Alpina C2 and the BMW E30 M3 – you start missing the modern air conditioning that never breaks down, or the semi-automatic gearbox that lets your left foot do nothing at all… With that said, the E90 M3 is the one that has been the workhorse for most of our long distance journeys around Europe.

This time we decided to do it differently. We were heading up to the annual Legends in the Fall BMW meet organised by Munich Legends every September, and the rust bubbles on the rear arches and the sills on the E30 M3 had begun to look like they needed quite a lot of TLC… A bodyshop appointment was penciled in, and the E30 M3 was the car heading back to England this time. To make it even more adventurous I thought why not drive via Munich – we had a Colcorsa client arriving for a Porsche driving adventure through the Alps, and after all Munich is the birthplace of BMW, so we might as well drop in to BMW Classic as well. Then you start looking at the map between the South of France and Munich, and by far the best route goes through the Alps, so why not spend a few days on an alpine road trip enjoying the beauty of Switzerland…

After hours spent on a long stretch of motorway between the French Riviera and the Swiss border we arrived at our hotel up on the Grimsel Pass. My favourite, Grimsel Hospiz, was not available, so we stayed a night in the Hotel Grimsel Passhöhe. It’s supposed to have quite a view of the lake, but unfortunately thick clouds and fog blocked out pretty much everything more than a few meters ahead of you. I bet it would look really pretty on a sunny day. The reason we ended up in this part of Switzerland was because I wanted to show Dan the immense beauty of the Grimsel Pass and the Furka Pass, which are two of the most beautiful passes in Switzerland – Furka most famous for its James Bond movie connection – followed by a night by Lake Lucerne. Unfortunately on this alpine road trip we got the typical unpredictable Alps weather. I imagined we would get up early to catch the sunrise, but as the alarm clock went off the next morning the sight outside the window was utterly hopeless with just rain, and more rain. I didn’t think it would clear up anytime soon and my heart sank, but the good thing about the Swiss Alps is that the weather can also change rapidly the other way. One moment there was heavy rain and no visibility, the next moment we were driving through the clouds as they were descending from the summit into the valley, and as we were crossing the valley we got a brief glimpse of sunshine before the next rainstorm at higher altitudes.

The E30 M3 didn’t miss a beat on this alpine road trip, and whilst classic motoring on twisty mountain passes might not normally be the fastest way to get around the hairpin bends – especially on wet roads – the 30 M3 still might be one of the quickest car in that environment – so despite being a 30 year old car it was in its element. From Totensee on Grimsel Pass we descended from 2,164m, hairpin after hairpin, before beginning the climb up on the dramatic Furka Pass at 2,429m, where some photographers from BMW were in the middle of a magazine shoot with the new BMW M850i xDrive Gran Coupé and its predecessor, an E31 8-series from 1989 (the article and photos can be seen here). We had to queue up to get a shot in that classic photo spot in front of the legendary – but abandoned – Hotel Belvedere (imagine owning that building and turning it into something special, what a dream location…), but one couldn’t continue the journey without that photo memory, haven driven this far.

Next time you wonder if you should take your classic car for that special road trip, don’t think twice – just do it. That is after all what breakdown cover is there for, and if everything doesn’t go as planned – whether it is the weather not being on your side, or the car not behaving as it should – you just make a new plan, and it might still turn out to be an amazing memorable adventure… That’s the beauty of driving an old, often temperamental, car. You never know if you will make it, but when you do, it’s a hundred times more rewarding than behind the wheel of any modern car. 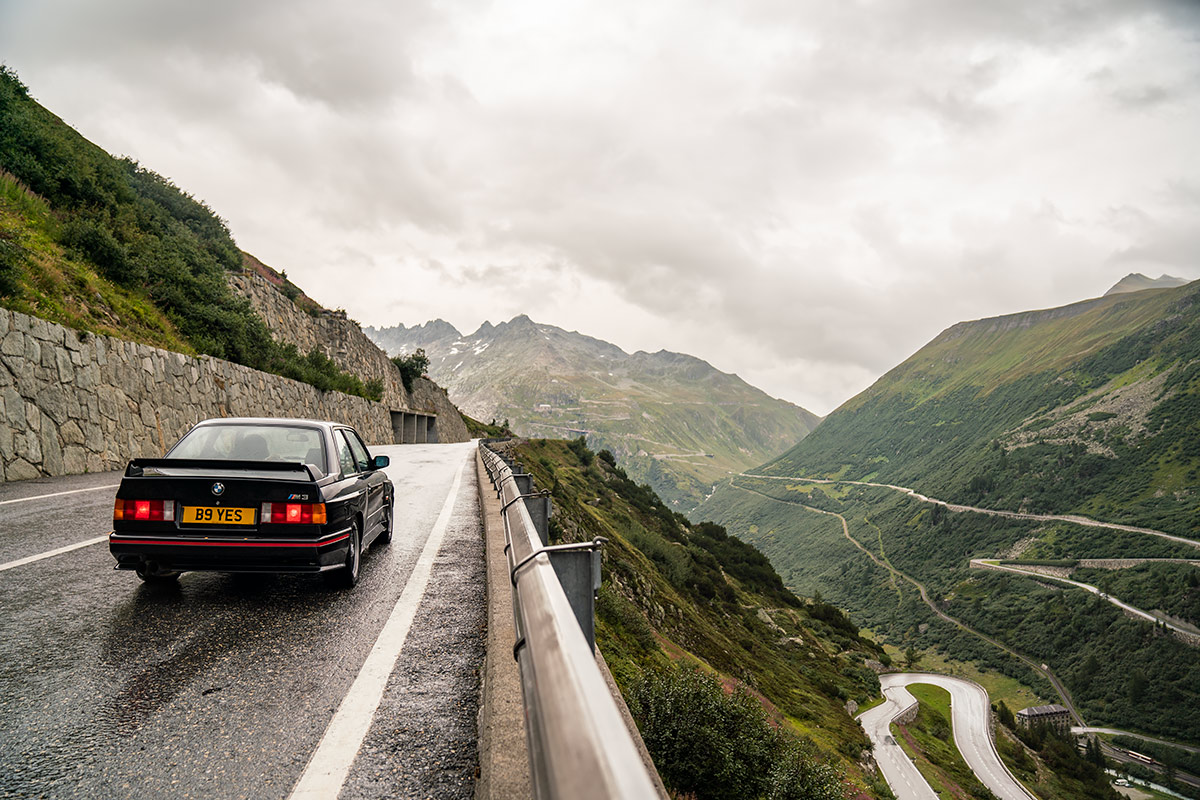 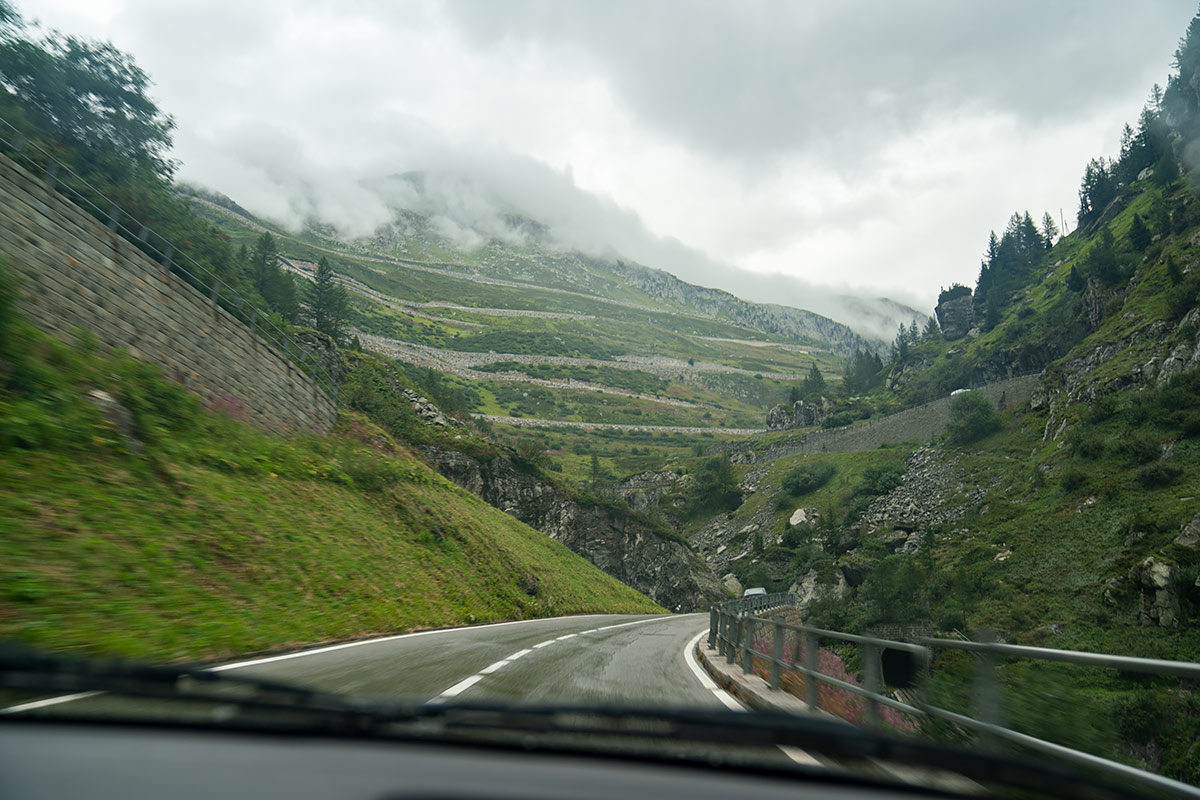 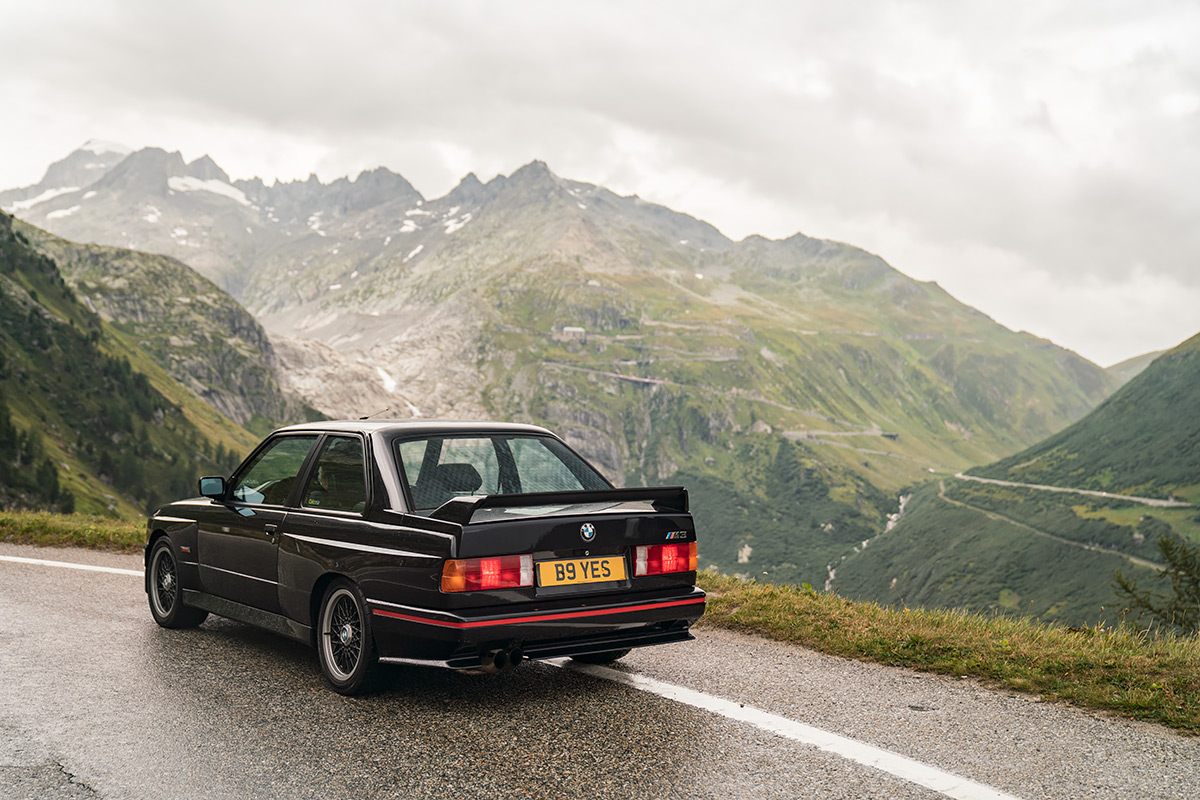 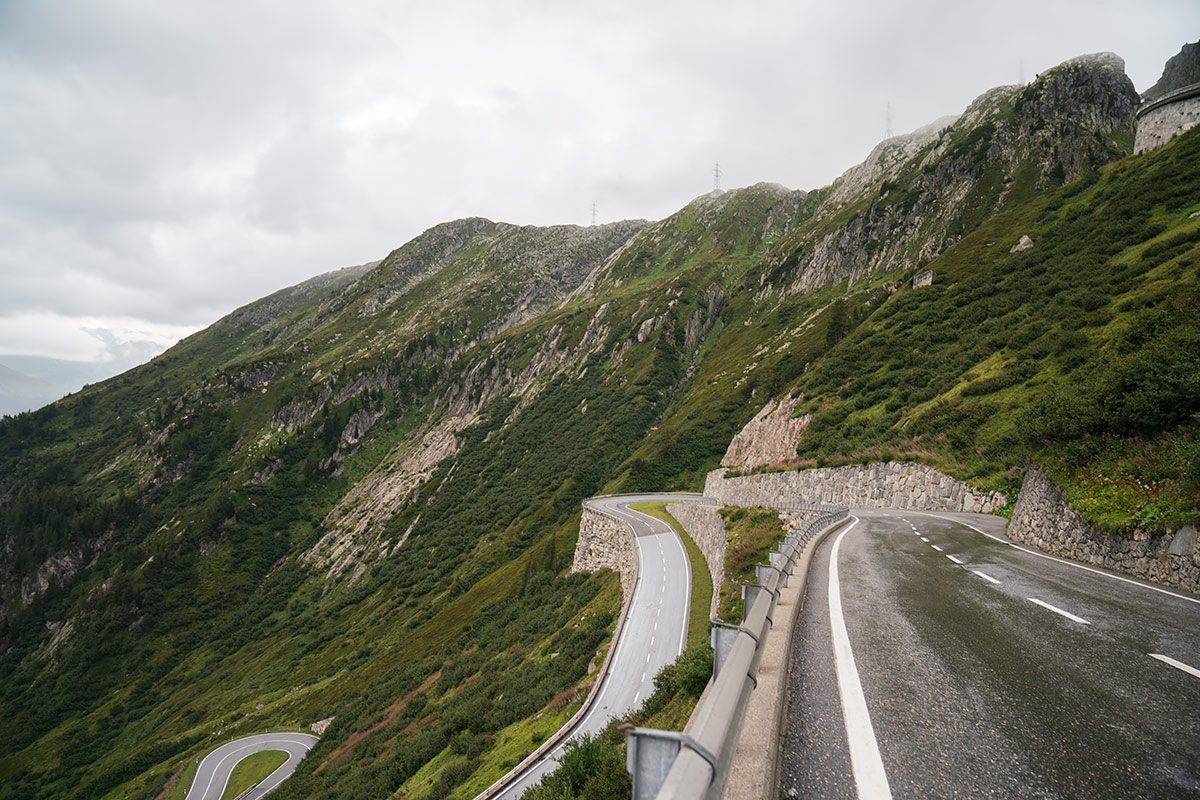 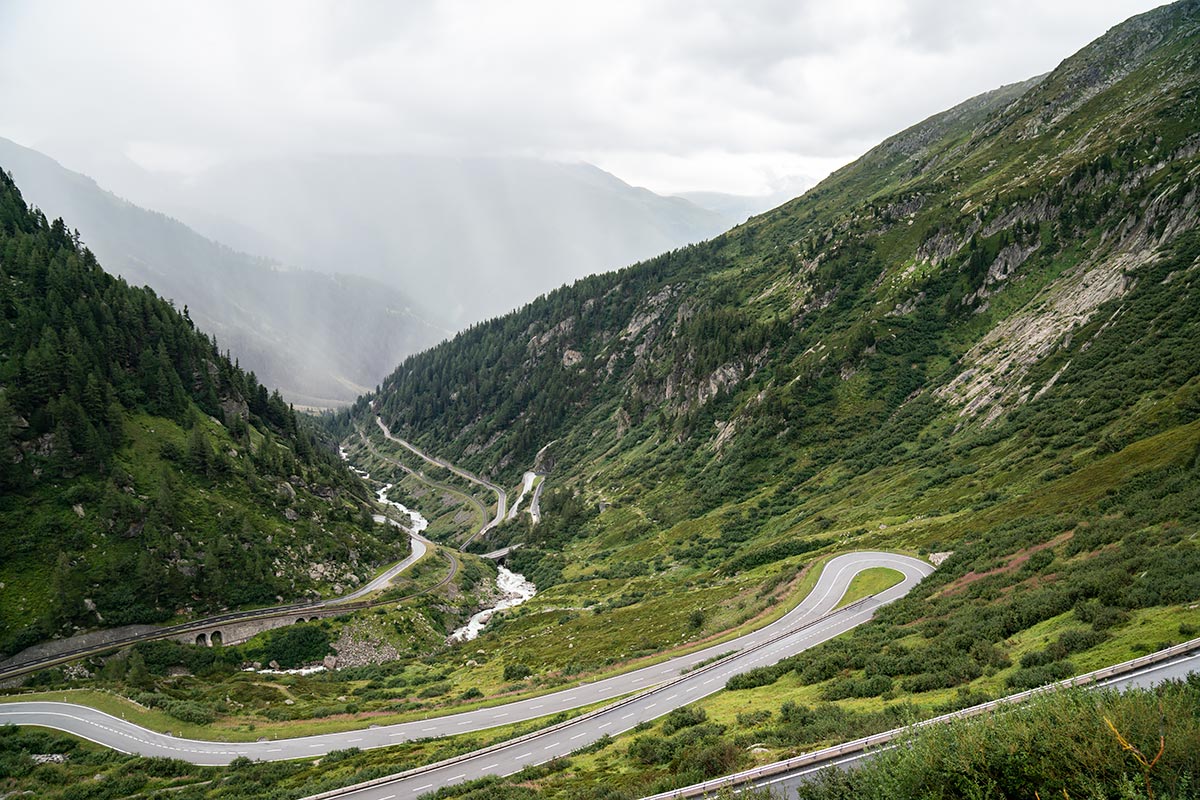 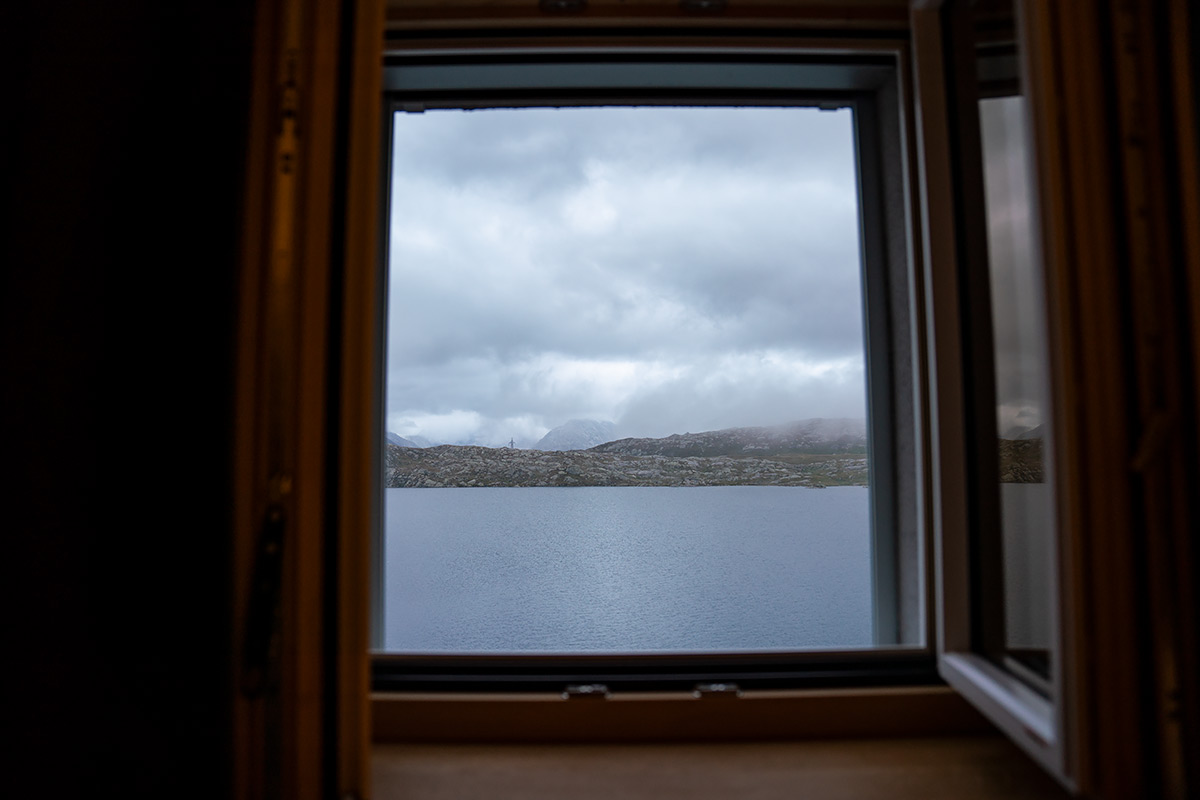 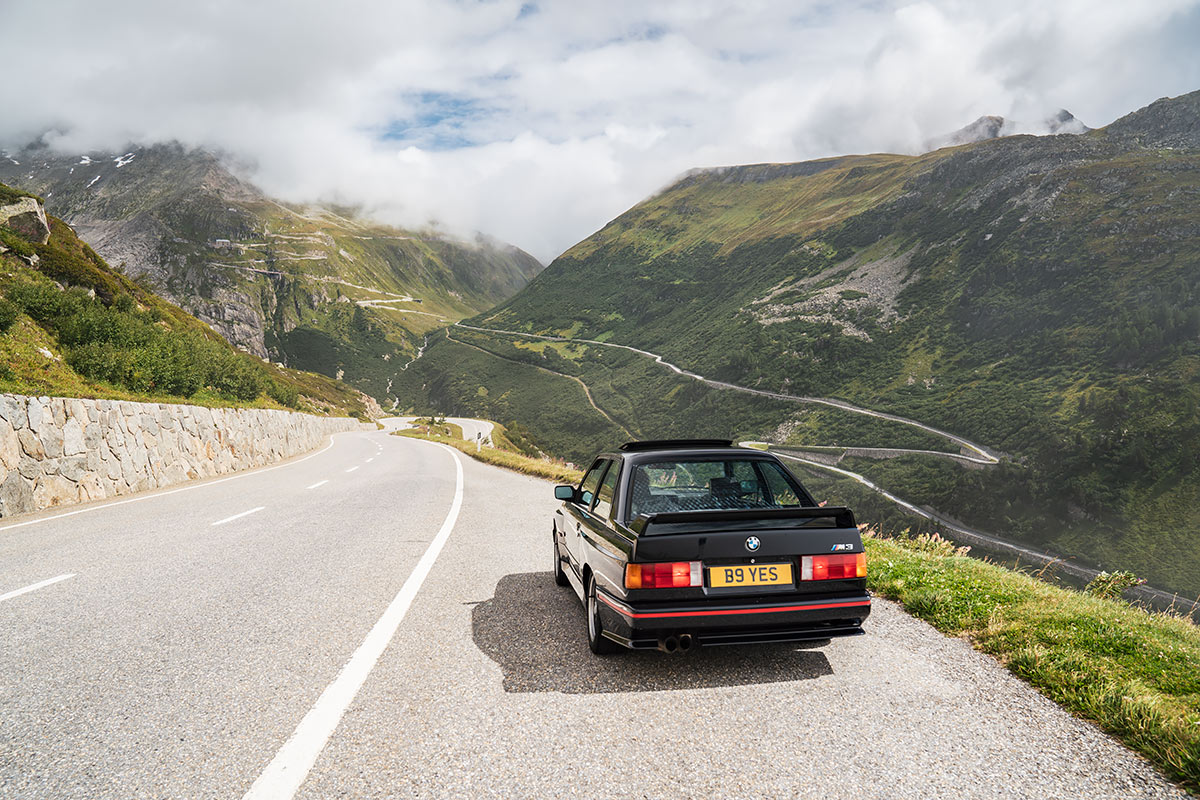 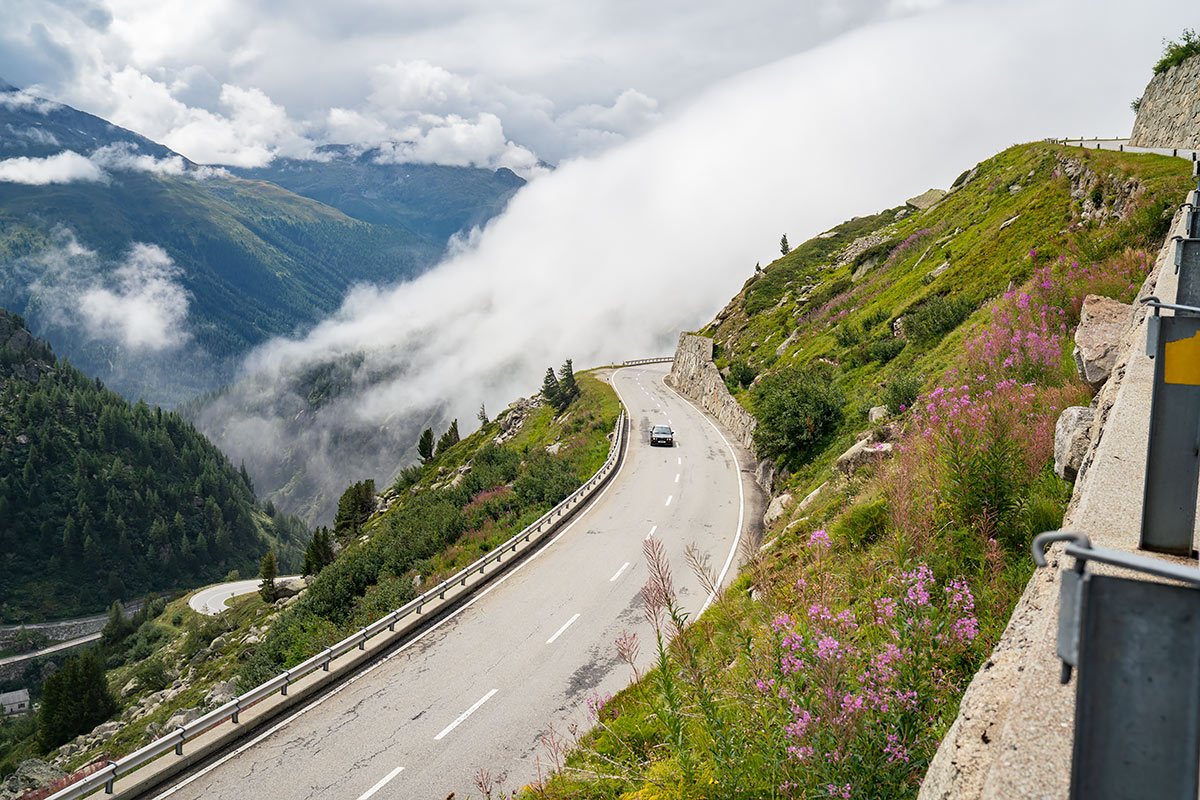 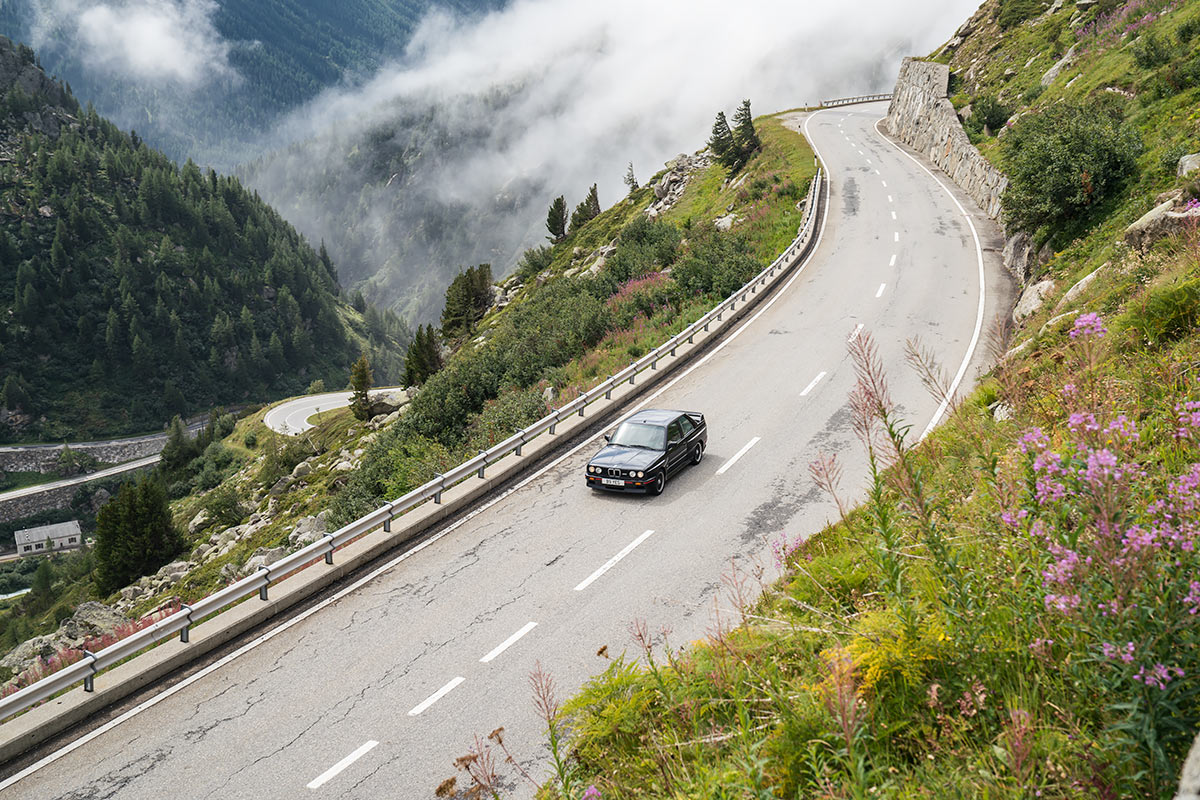 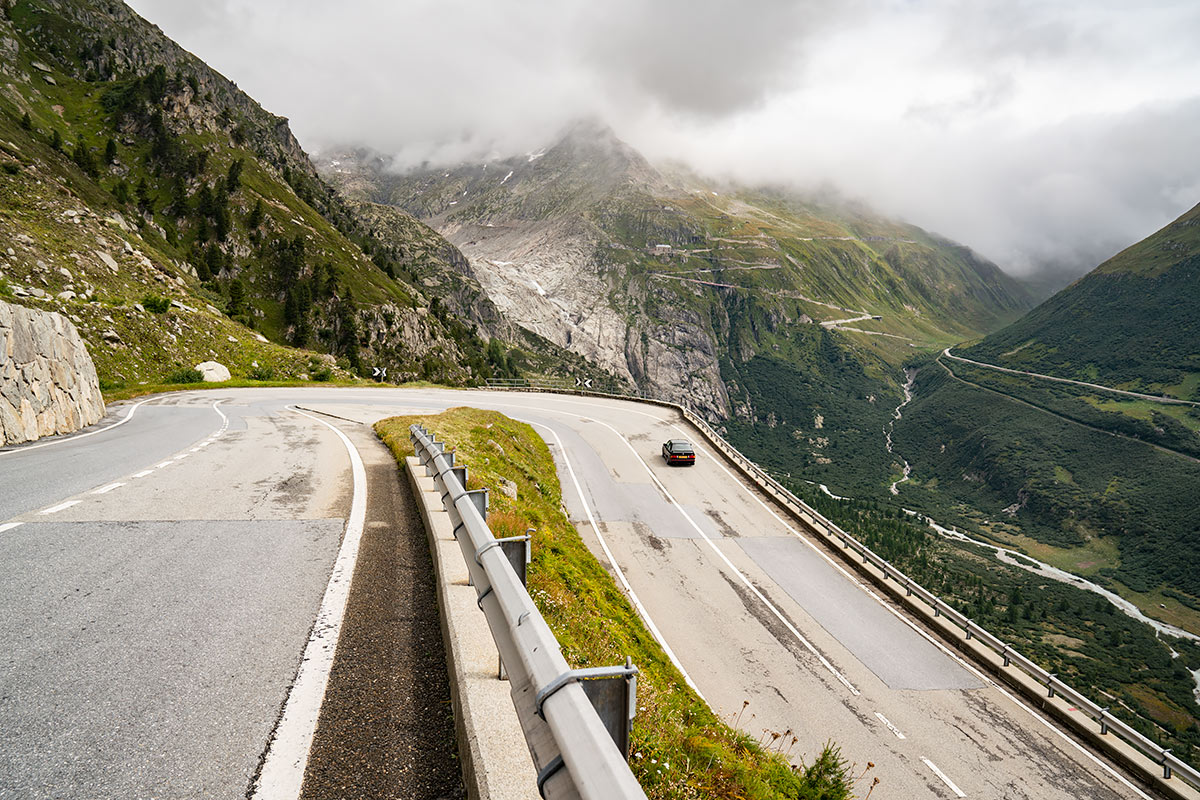 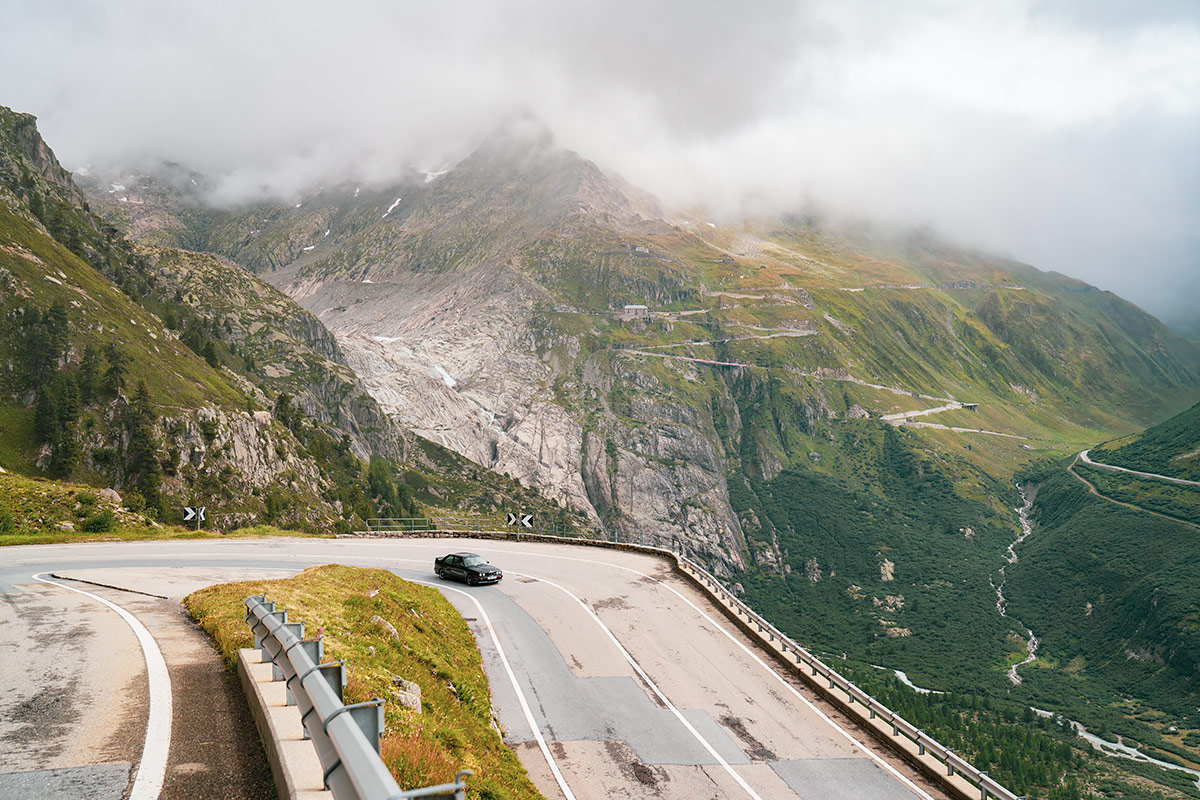 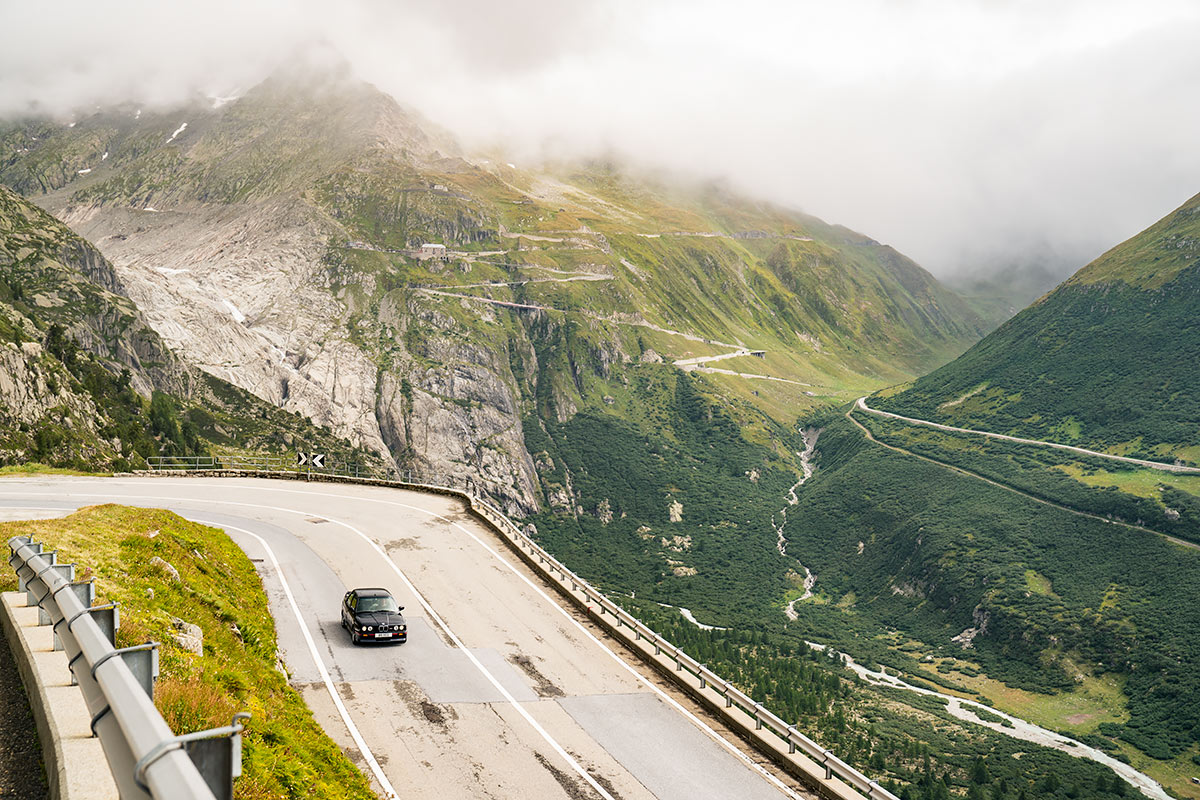 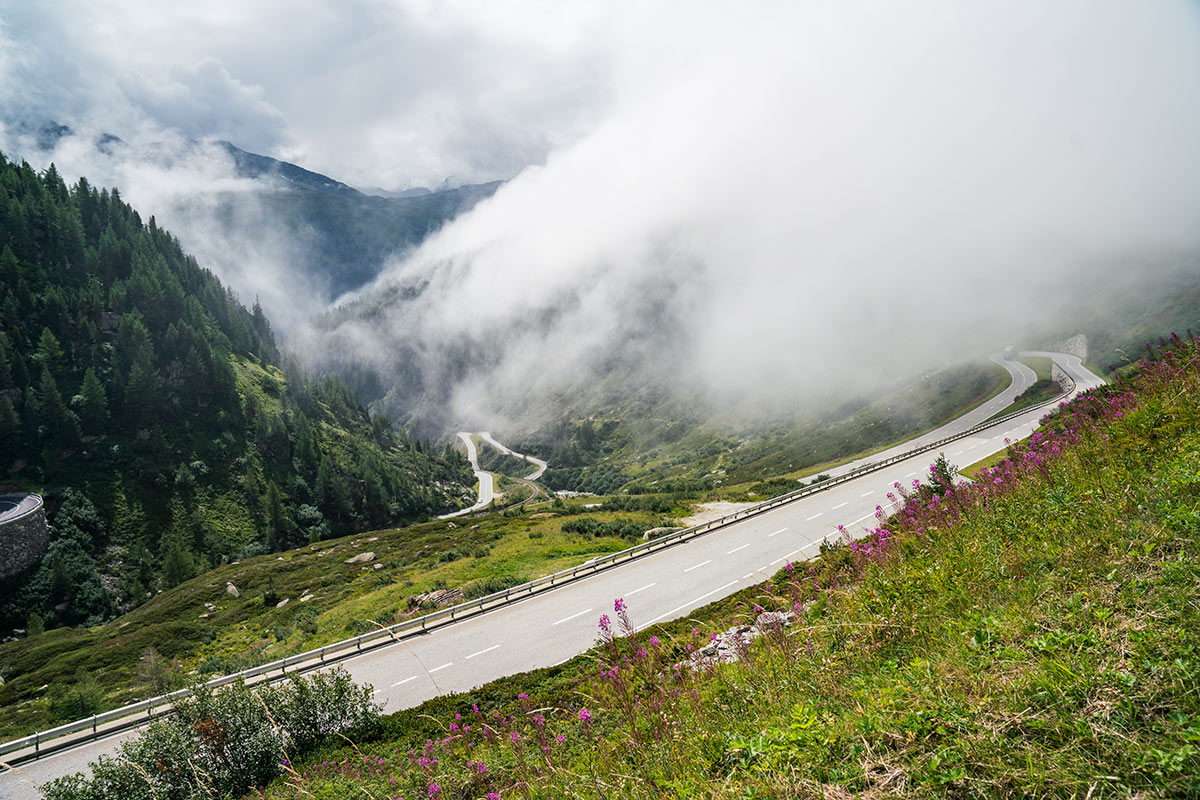 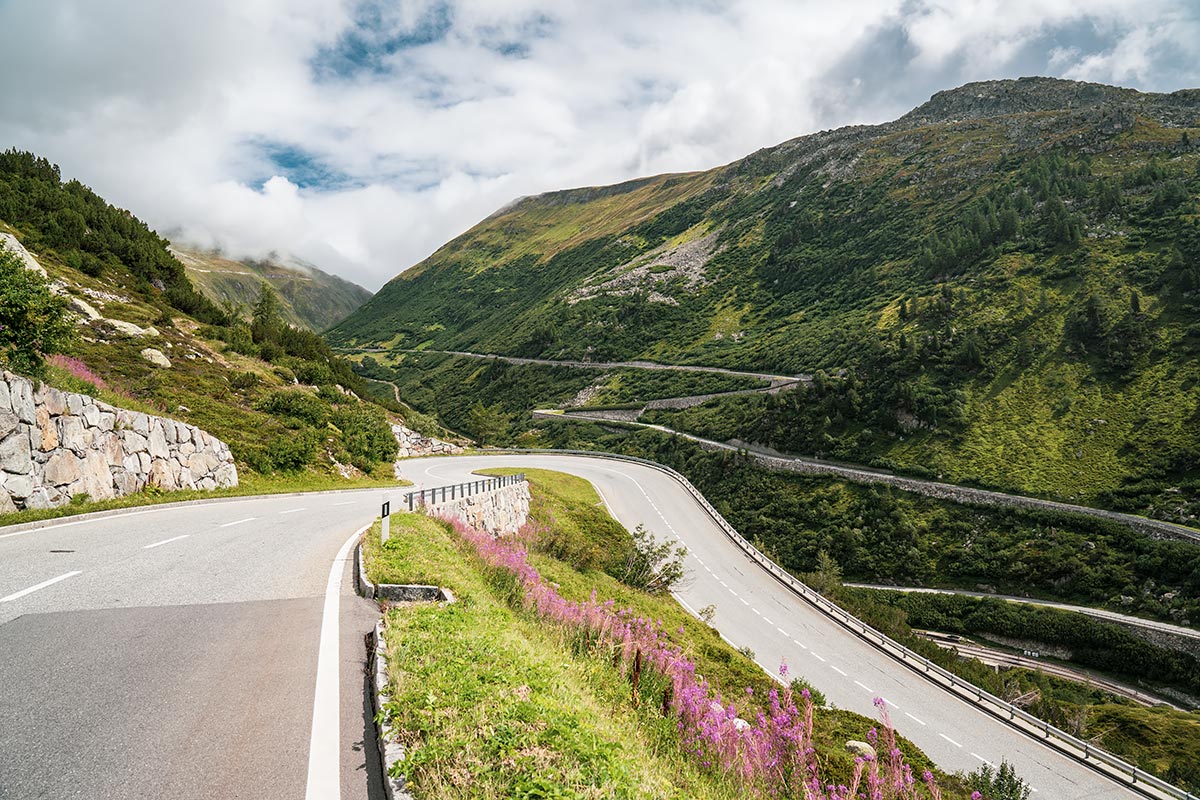 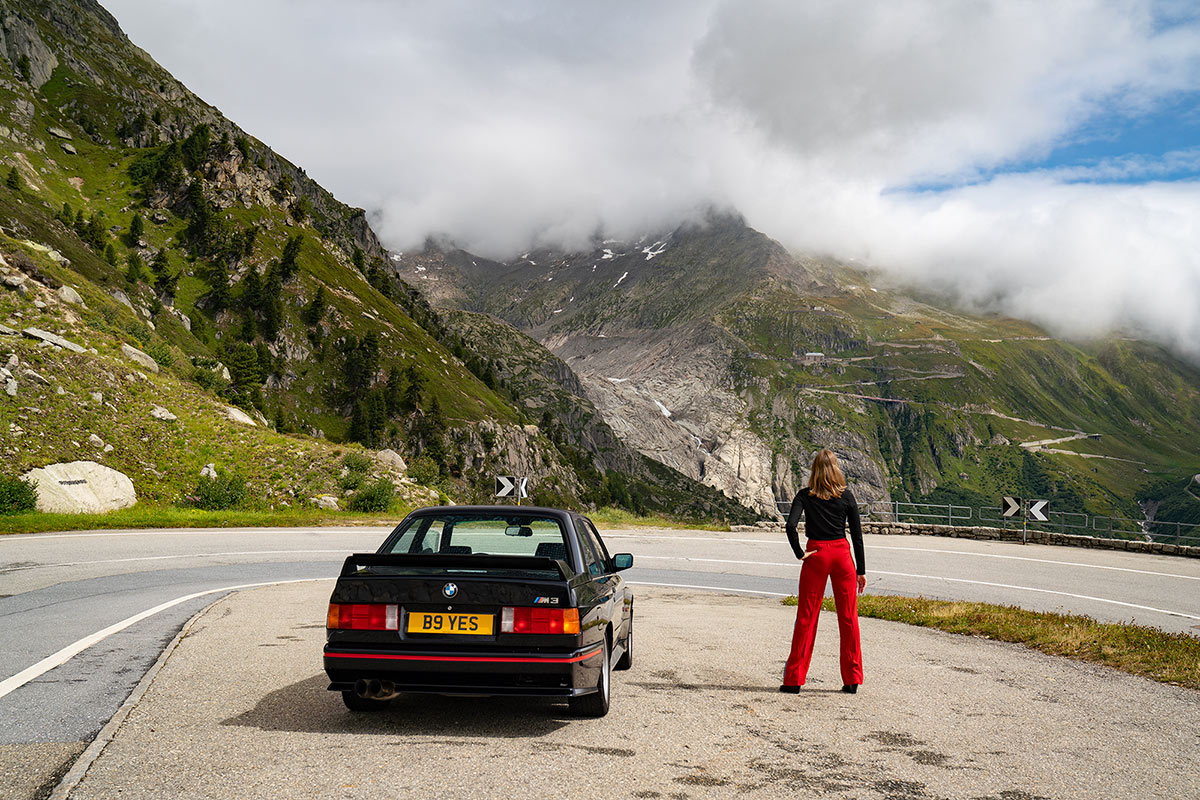 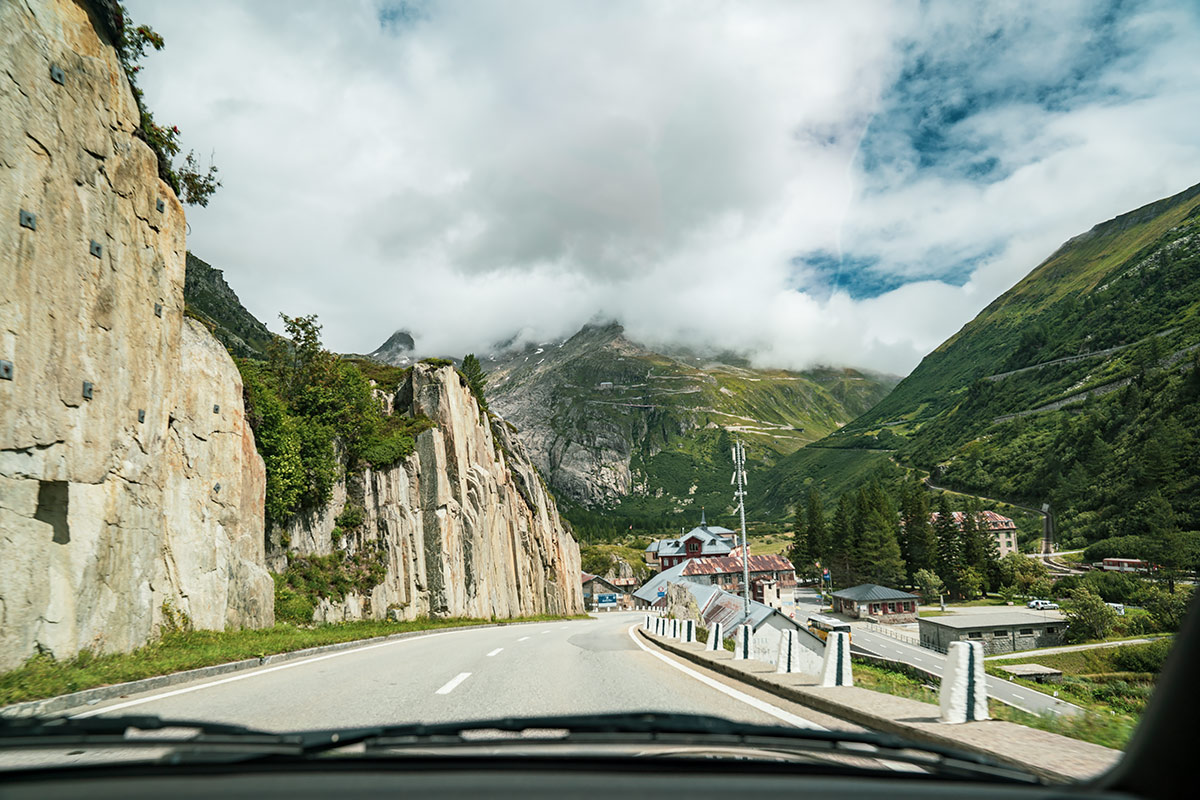 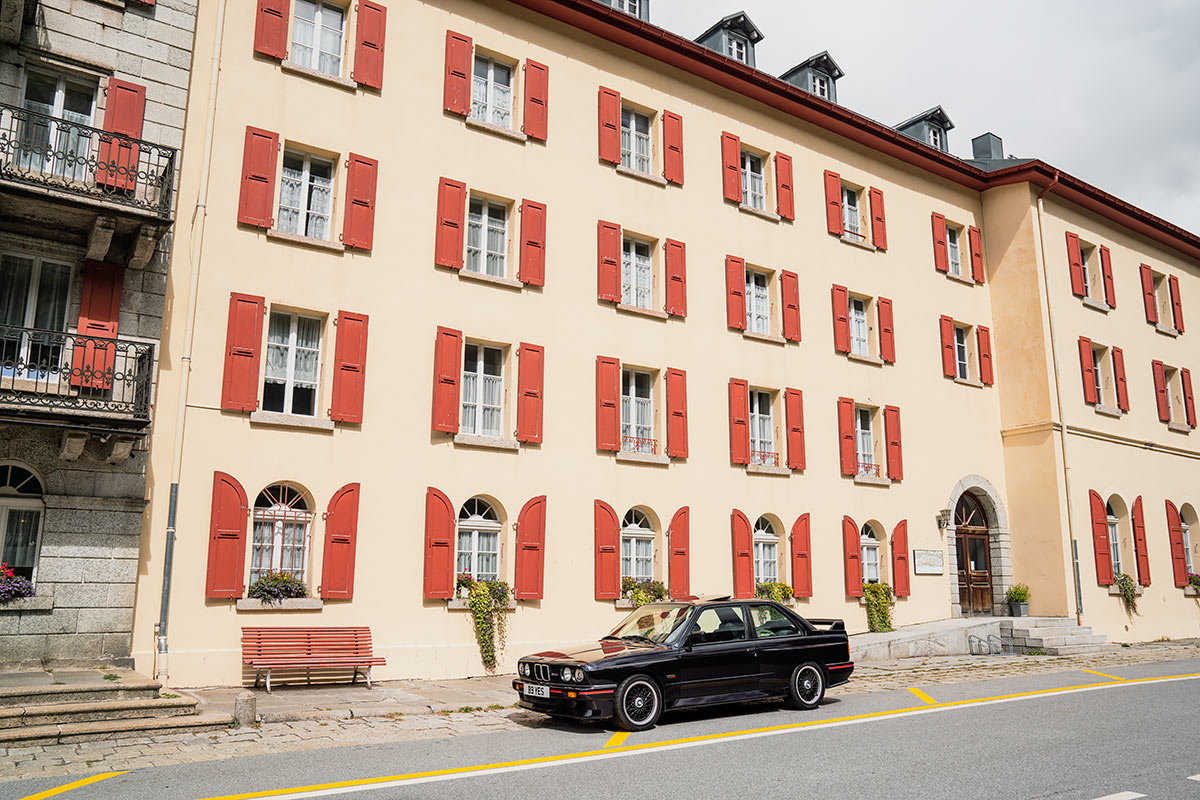 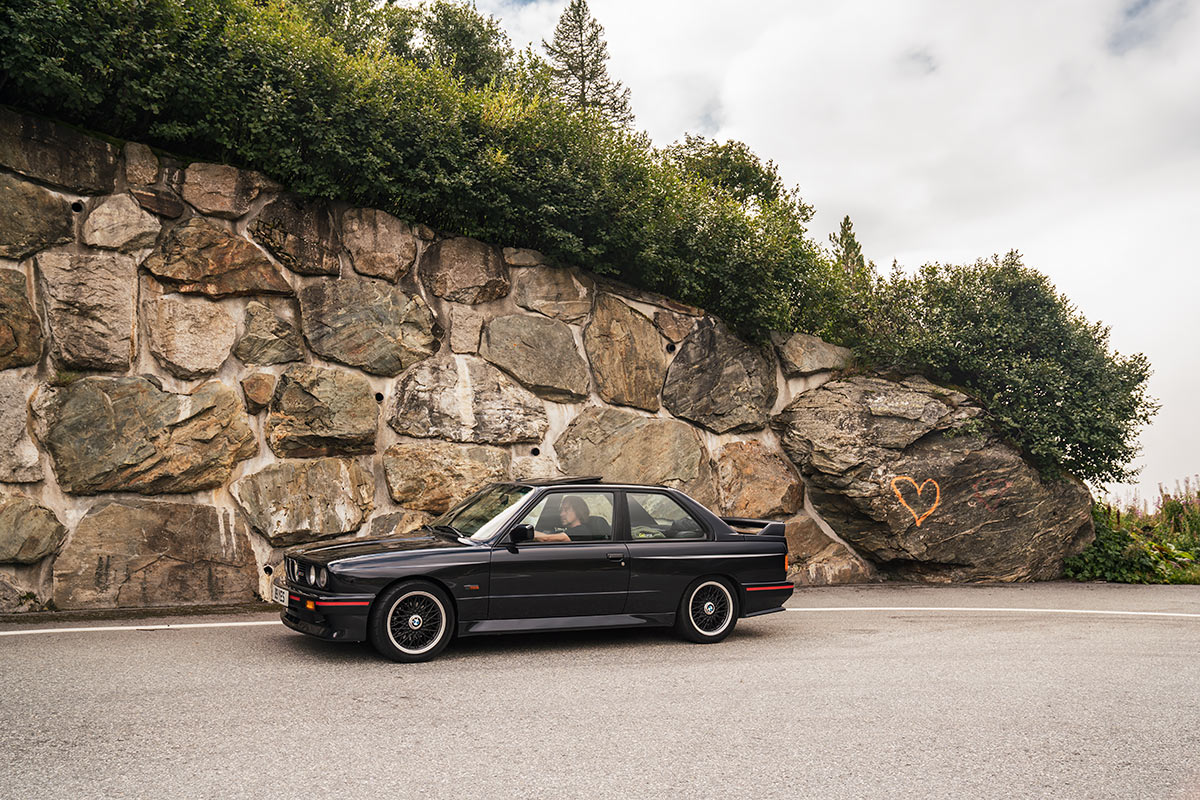 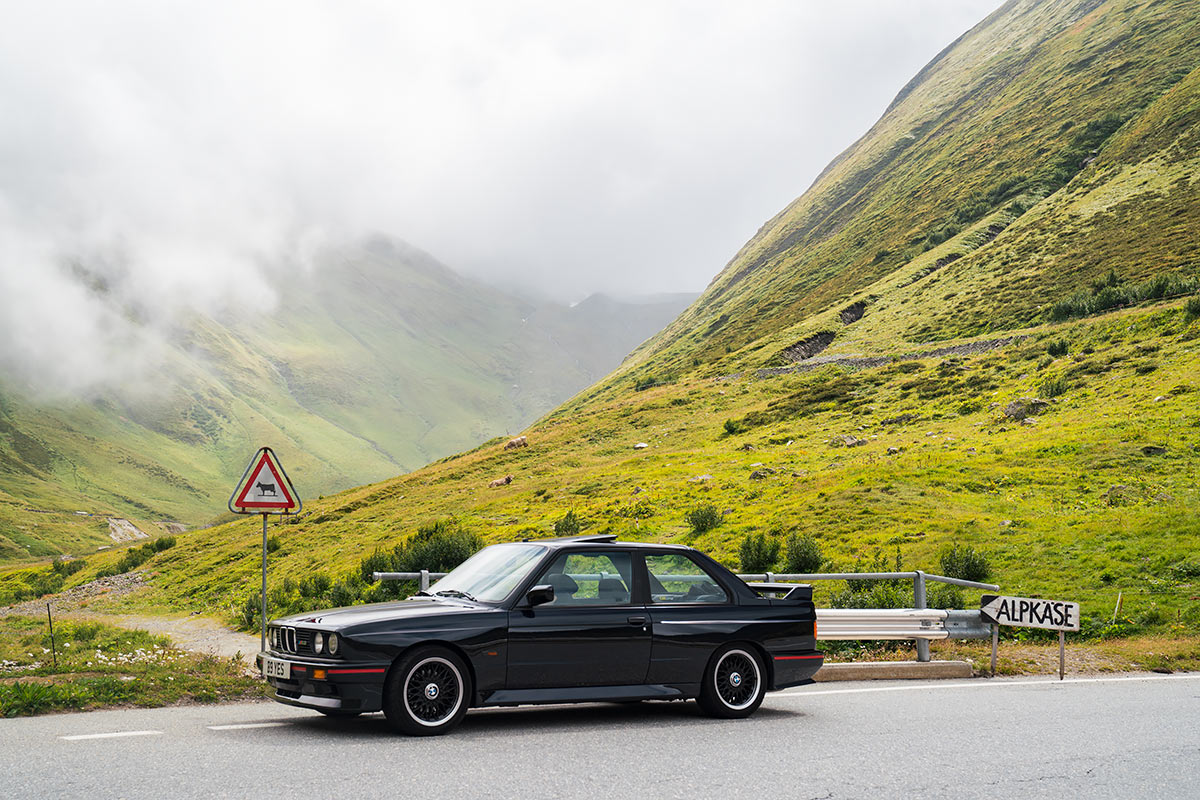 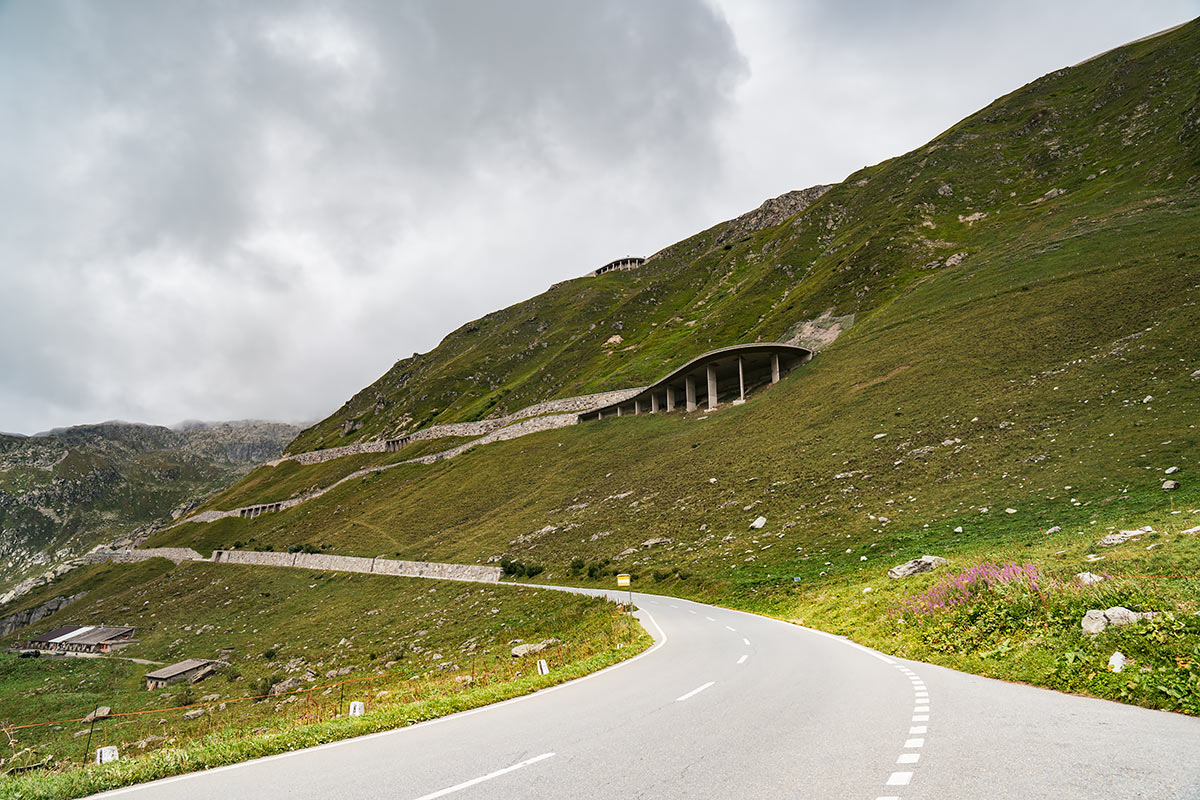 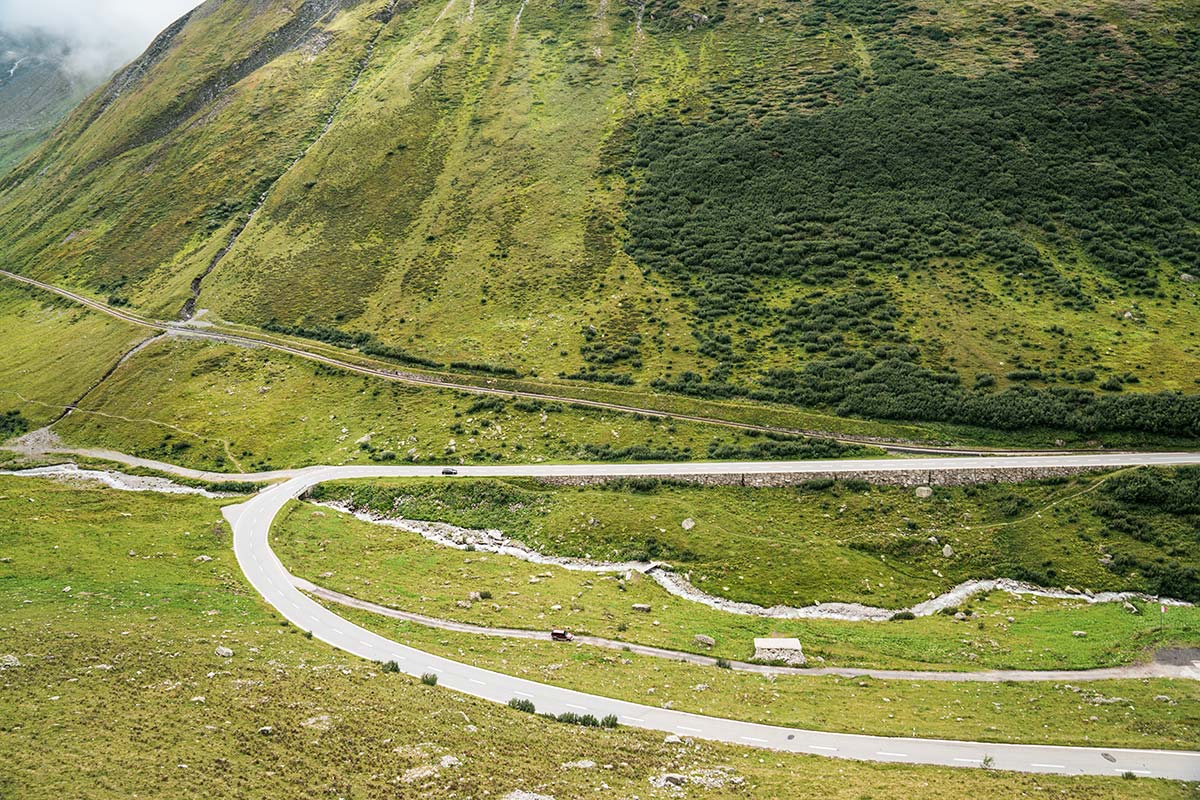 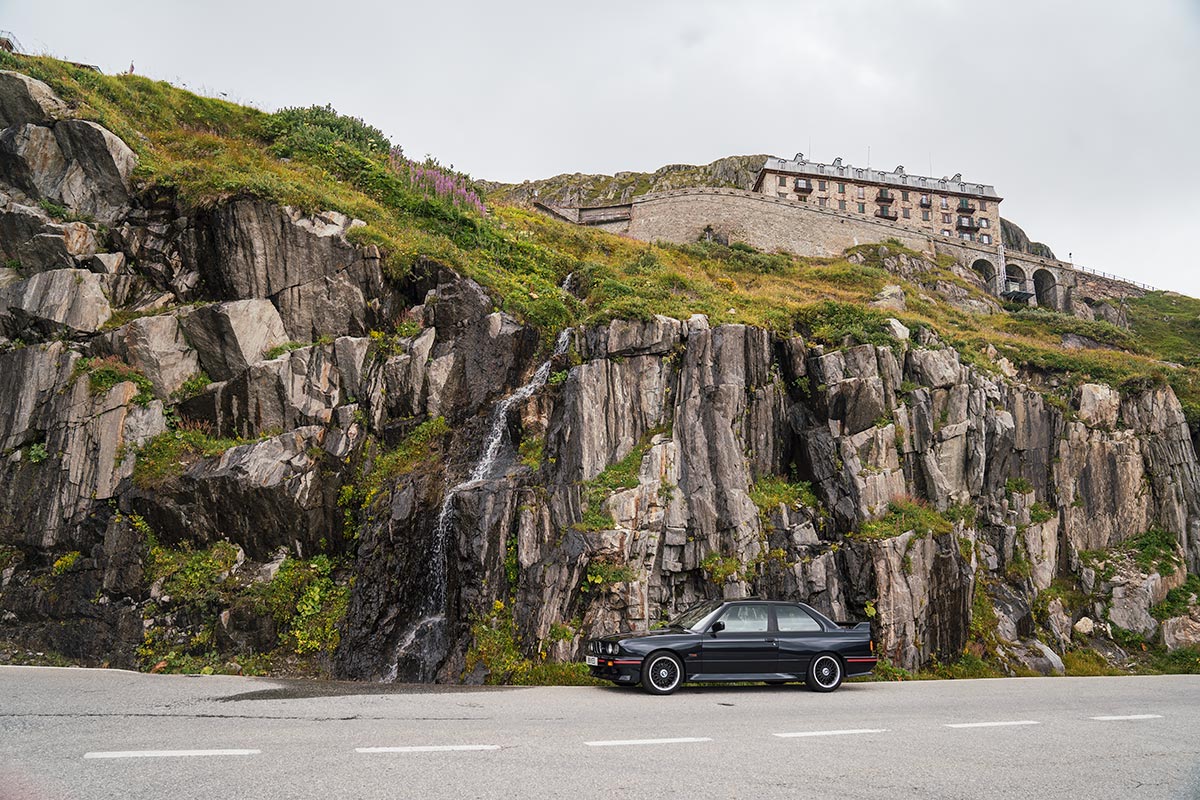 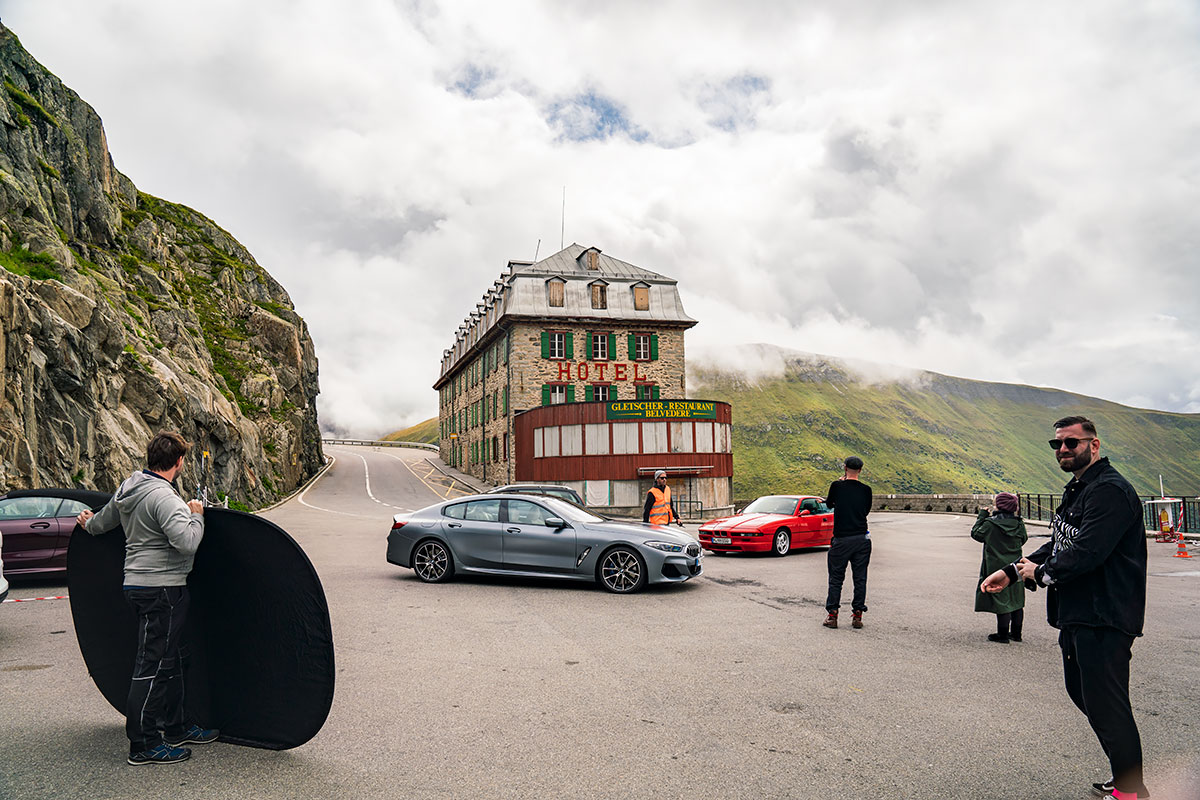 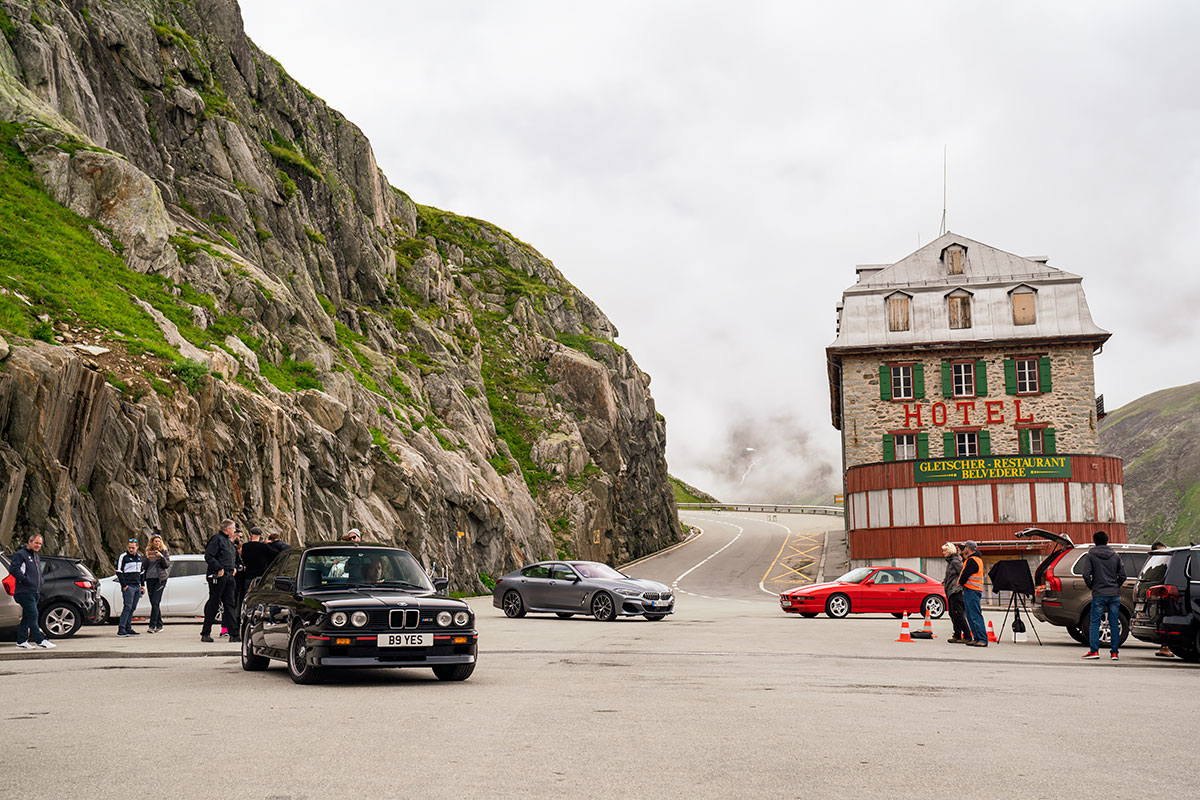 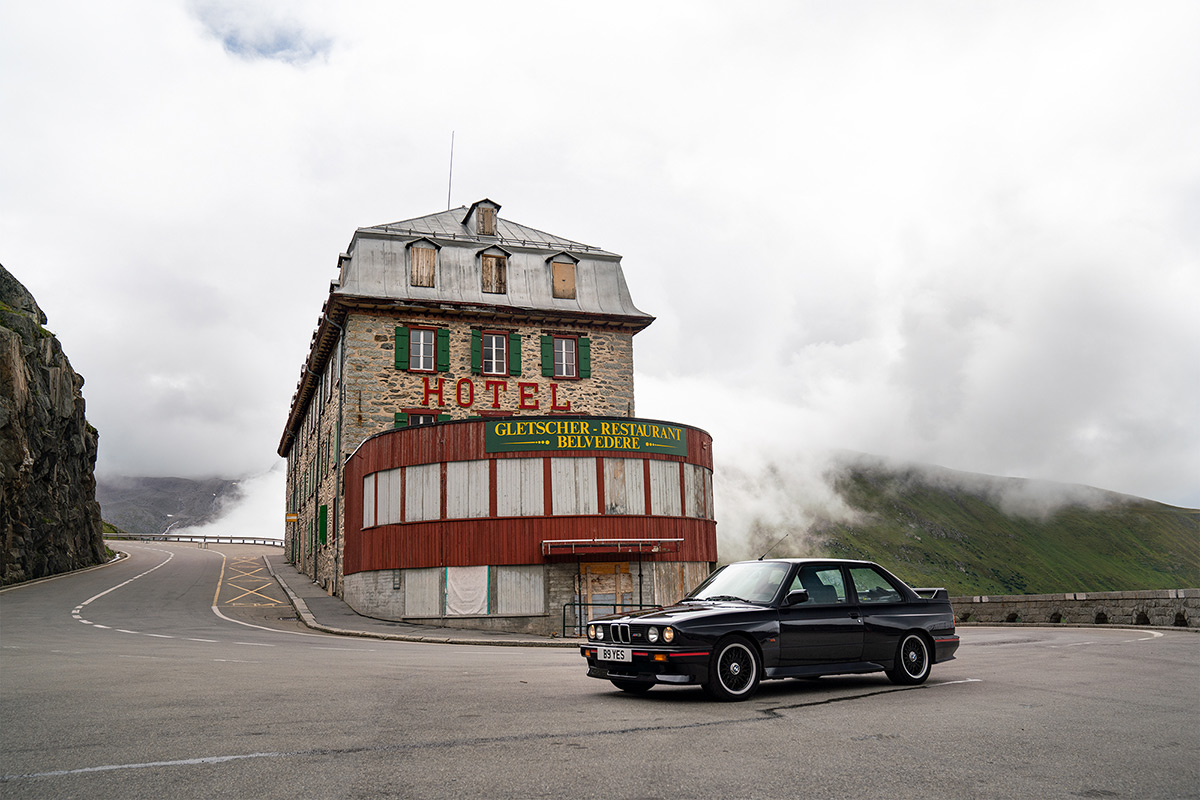 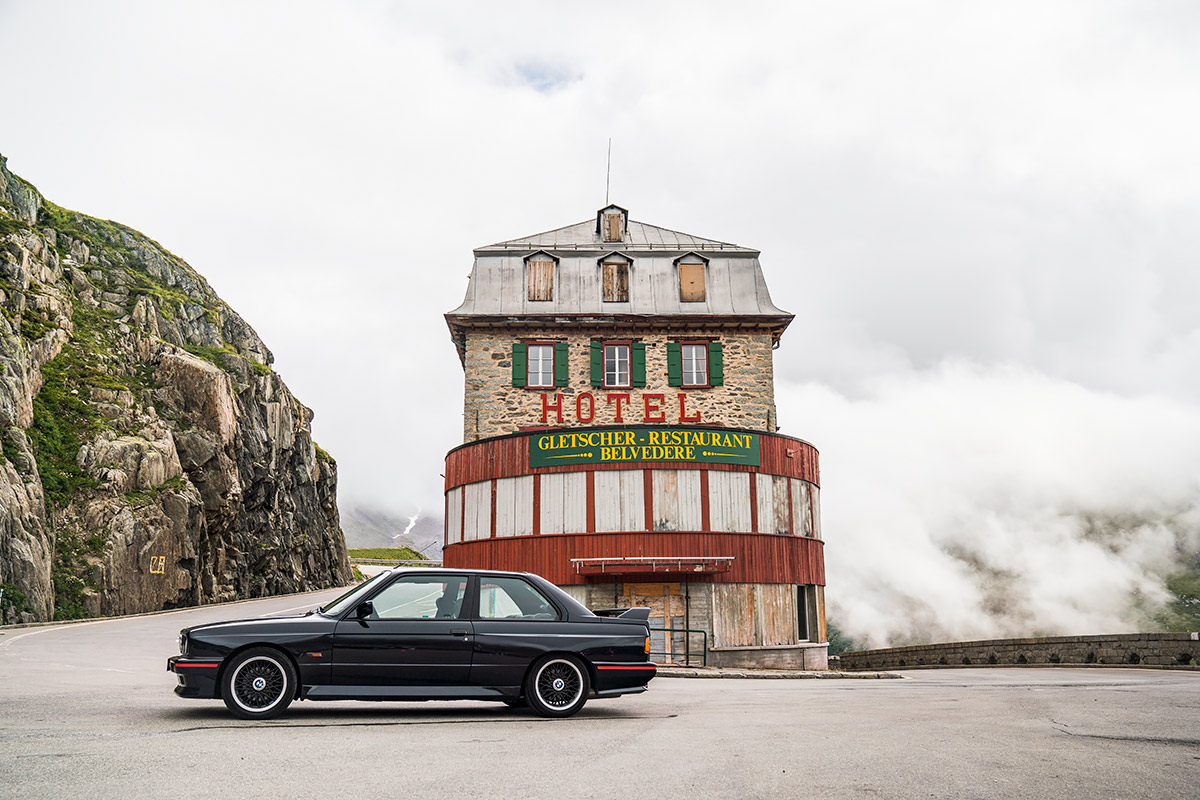 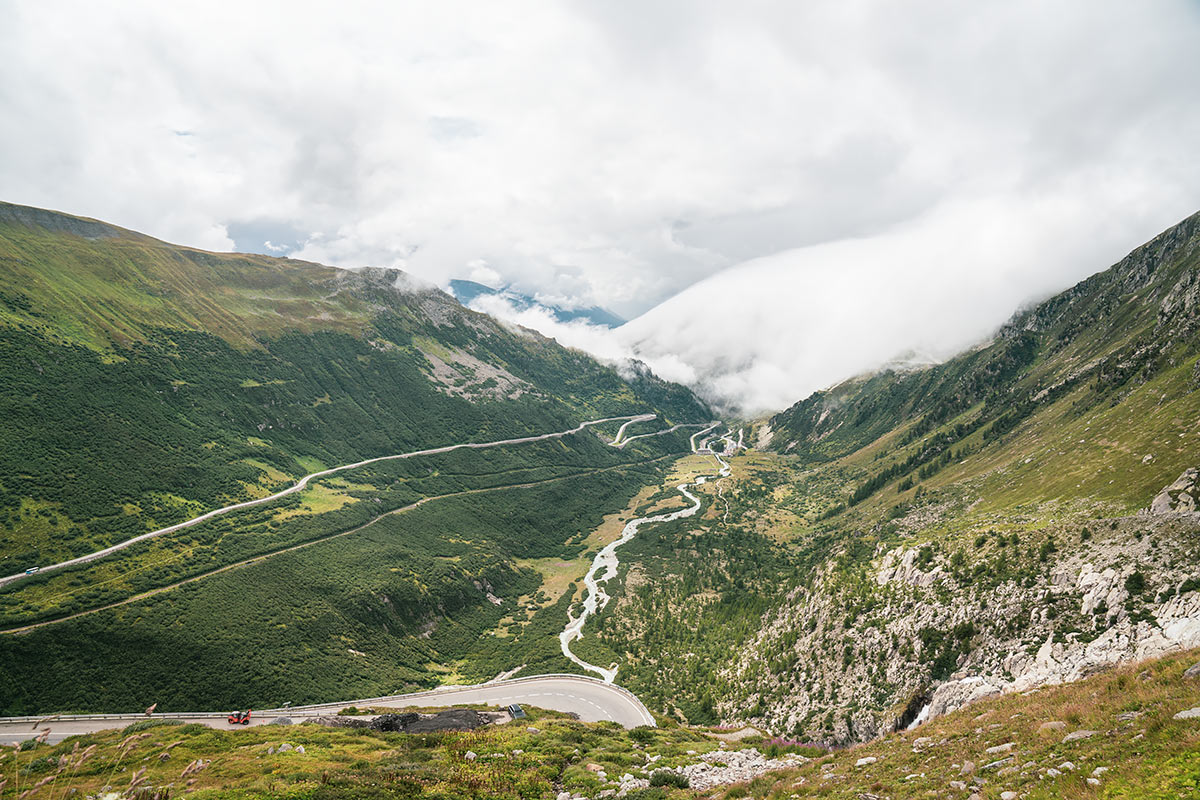 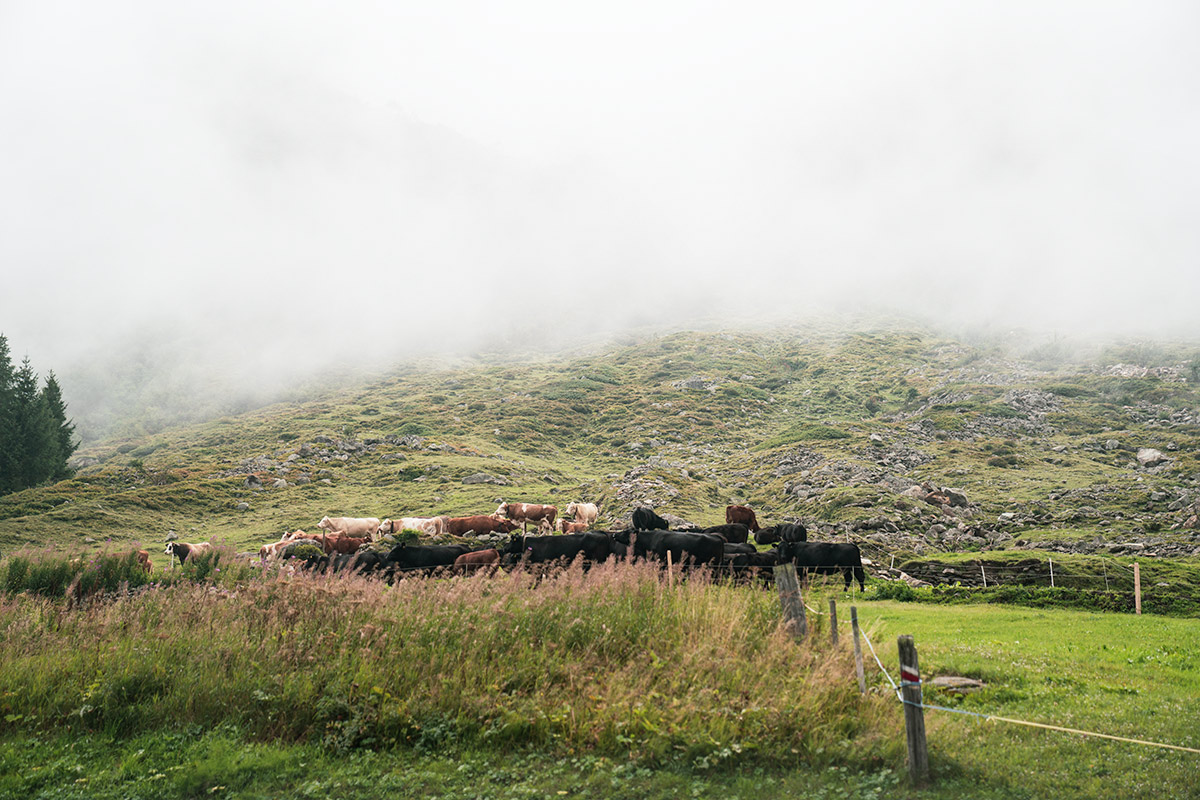