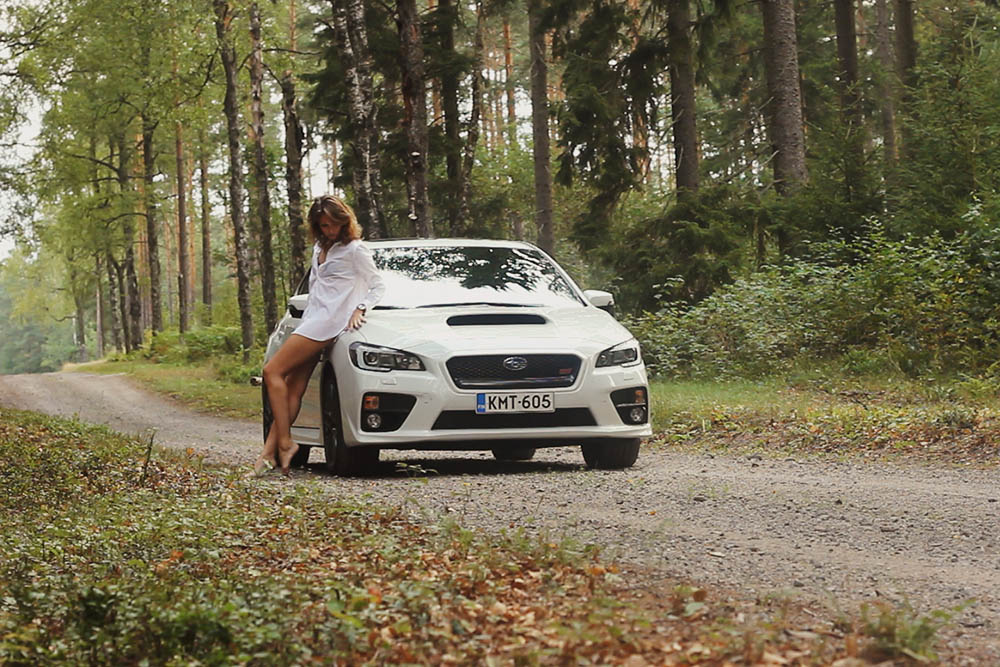 I recently spent one week in Helsinki visiting my family. Because holiday without a car is not fun, I booked a Subaru WRX STI press car for my stay. I expected a blue WRX STI with a big wing, just the way I like it, and this is what was also booked for me… …but the car was stuck in another city when I came to pick it up, so my replacement was a white WRX STI without a wing (the GT model with a bit more options, but as you can see, no wing…). I just think a WRX STI needs a big fat wing to look like a proper WRX STI. My love for Subaru started with a red Impreza. It was not mine, but it was part of my daily life for more than a year. I have been sitting with the owner late evenings fixing that car. I have seen tears in his eyes when the car had problems, I have seen the bills for the work done to it, and I have seen a connection between an owner and a car that was so strong that despite the problems the car stayed. I also witnessed the joy when it worked like a charm, or the excitement that could be described as “like a Kid on Christmas” when a big box with new tuning parts arrived and moved in to the apartment.

The exhaust was not stock. If I should describe the sounds of that Subaru the best way to do this is to say that when that car arrived outside the house, my dog barked. When that car was gone from our lives, even months after, my dog would bark EVERY single time she heard a Subaru with similar sounds. The sounds of a modified turbo Subaru with a good exhaust are quite special (I know there are mixed opinions about big loud BOV noise / compressor surge and if it will hurt the turbo or not… but I like it… damn). When I picked up the WRX STI, these were my expectations. I expected to fall in love again. I excpected to meet a loud Japanese Subaru with the amazing turbo sounds I associate with tuned (old) Japanese sports cars, that I would wake up neighbours in.

Reality was to be honest a little different. The new WRX STI is not the kind of Subaru I once fell in love with. It does not have the same sounds, the same feeling, or the same soul. It is a nice modern car and anyone who likes the feeling of driving a Japanese sports car will most likely appreciate the engine, gearbox and overall feel of the WRX STI. I also did, it is nice to drive. But it is not exciting enough for many sports car buyers or practical enough for many other buyers. But still I can not help to think that they have lost something, or maybe these models always require some aftermarket stuff to be “rally car exciting”… Where is that Subaru that will wake up neighbours and when you are in it, you get that turbo sound that Jeremy Clarkson would describe as “it sounds like its forcing squirrels into the engine when you get off the throttle“? That is my kind of Subaru, haha…

…maybe I one day need to buy an old one just to be able to enjoy those sounds again! I want it to sound like a real rally car… with a huge wing… I am a kid when it comes to this and I refuse to grow up. Because for me, Subaru = rally car. Always.