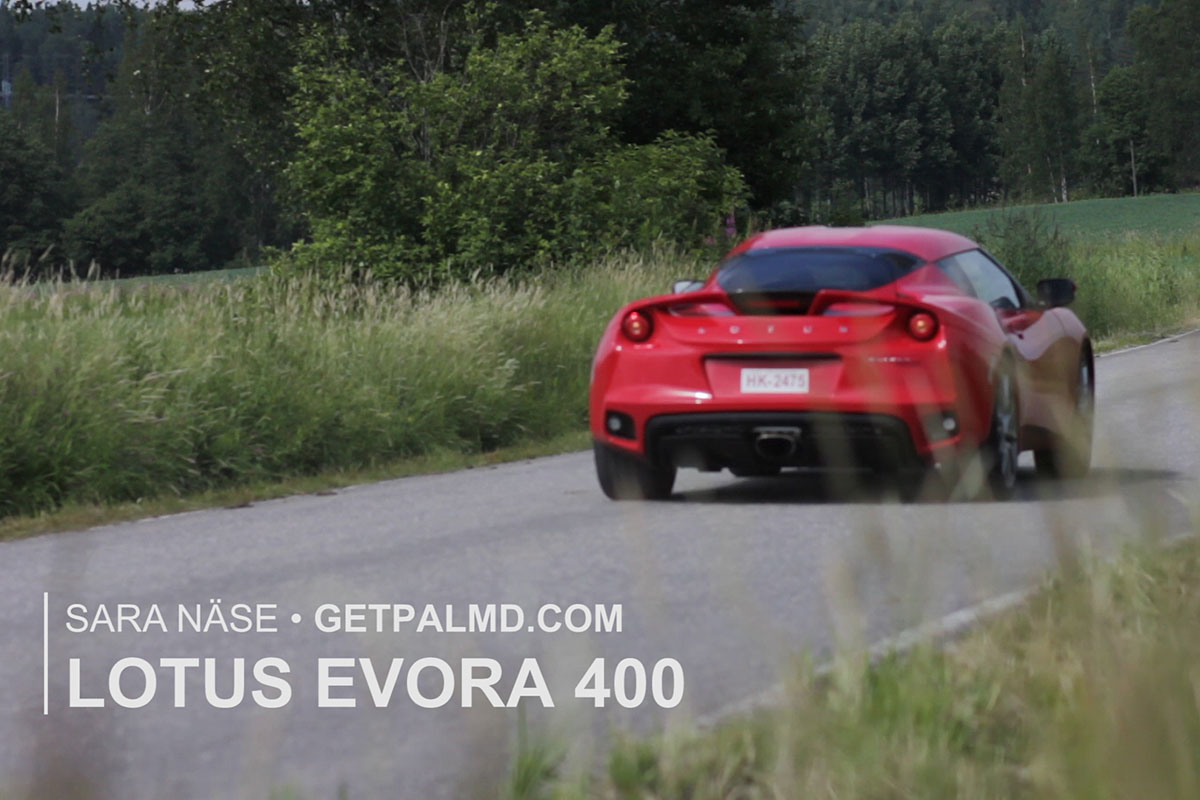 There are the times when you have the keys to a car and just have to start recording some video, because if you skipped that part it would be a shame. The people would never hear what it sounds like – to read about something and see photos of something is not the same if we talk sports cars. Sounds are important, at least I think they are. When I drove the manual Lotus Evora 400 in black, in late 2015, I recorded some video. However I did not get enough during that day to be able to edit a good video, so I never edited a video of the black.

Then last summer I jumped in a red automatic Lotus Evora 400 for two days, and I saw the opportunity to fix my last mistake and collect more footage of the car. This time I got enough to be able to edit one, and mix in some of the video clips I had of the black one as well. Although it is amateur footage it hopefully demonstrates how mind-blowing the Lotus Evora 400 sounds!

The black demo car from Lotus Finland has already been sold, but the red is still available (car on mobile.de).