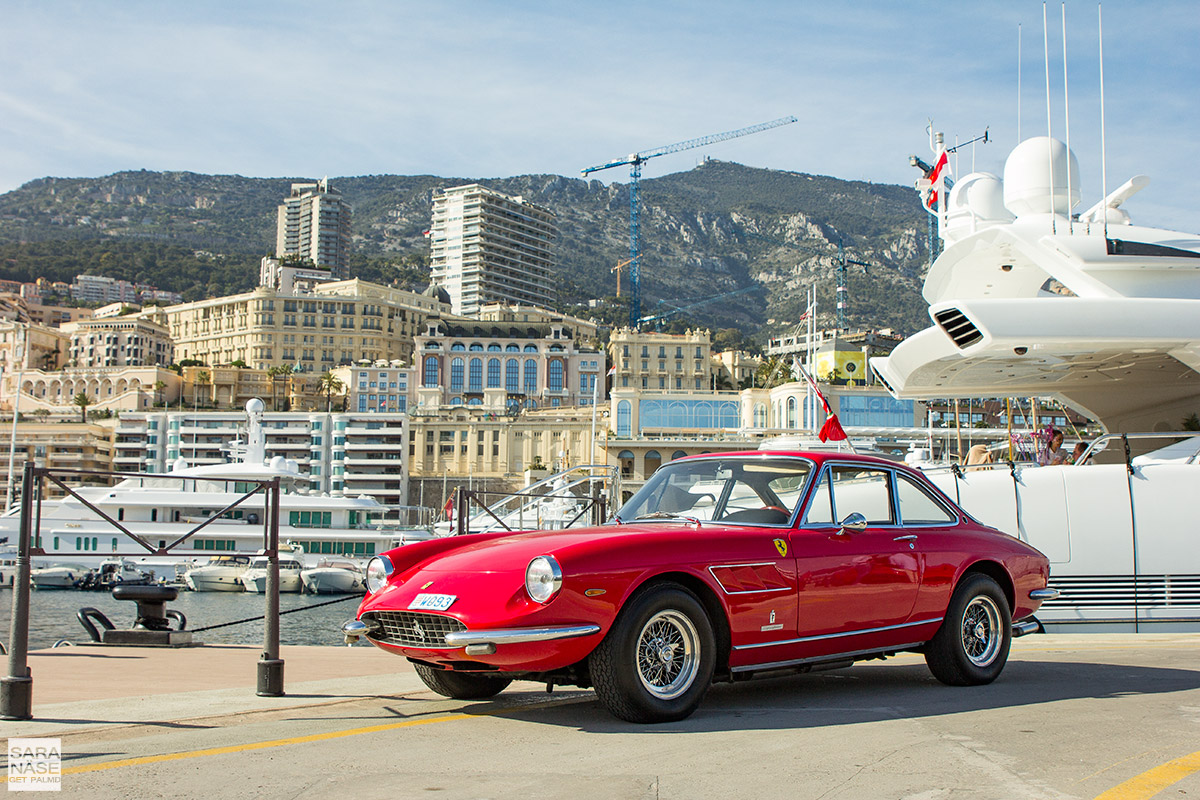 How do you picture Monaco in your head? To really capture the feeling of the good life in Monaco, in just one single shot, I think you would need to get at least four things in that pic. A very nice looking car – supercar or classic, a big yacht, the Monaco skyline in the background, and an elegant woman or man wearing designer clothing from head to toe. Something like this. In Monaco I had the opportunity to join a photo shoot in the Port of Monaco for the Italian Auto Class Magazine with photographer Dave Carletti. Before going down to the port we stopped by RM Autosport to choose a car for the photo shoot, and a stunning red Ferrari 330 GTC was the final choice. I could not take my eyes off the car, what a beauty! While the guys were working hard I had a chat with the owner of RM Autosport. Raul Marchisio is from Italy, but now lives in Monaco, where he has a nice car dealership. I found out that Raul Marchisio is not only a car collector, but he is also a former Lancia, Audi and Renault rally driver, as he showed me photos of his past rally cars. But the greatest moment was when both of us agreed that Climb Dance on Pikes Peak by Finnish rally driver Ari Vatanen is one of the best car videos in the history.

Once again a reminder that after nice meetings with like-minded people, you will leave with a big smile on your face. However, I have Finnish rally blood running through my veins. So for me the most perfect photo to do there would in fact have been of a Group B rally car, a wooden Riva, Monaco skyline in the background, and a man in his rally suit. That is more like my idea of the good life. Perhaps a little less expensive, but not much…

Extend the road trip season, get a Subaru