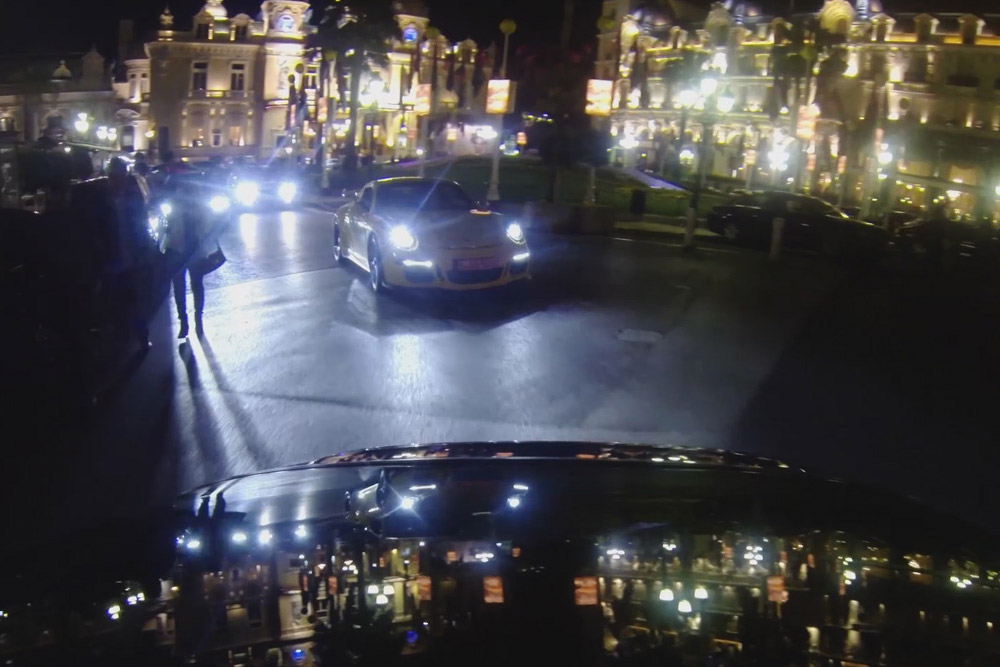 Here a video with mixed footage from the four nights / five days I spent with the GT3 in Monaco, and around Monaco. I rented an apartment just at the border between France and Monaco, in Beausoleil, also with a garage. Although it would have been a walking distance to Monaco I actually walked just once. When an elevator takes you down to “your” 991 GT3 it is hard to leave it at home and go out without it… Location was however perfect, nowhere near the prices you spend inside Monaco.

Video includes a lot of tunnel sounds, some GoPro footage from the mountains, some other supercars on the streets of Monaco, and some footage of Marchettinos blue Porsche 991 Targa 4S (see his review video here, also includes some footage of the GT3) as well because we helped each other film the Porsches with GoPros. He nailed it with his comment stepping out from the GT3 after reluctantly agreeing to reverse it to the car wash area for me (“Could you please move the car for me, I want to film this” “I am not your valet boy!” …but when he realized what the GT3 feels like, I bet he wished I would have asked more often haha ;-) ). Those three words describe my feelings towards the GT3 as well!

Also a massive thank you to guys on the streets of Monaco who filmed the GT3, posted their videos on Youtube, and that way I was able to find clips of the yellow GT3. I asked for permission to include these clips in my own video and give credit to the guys and they were kind enough to let me do that, which I really really appreciate. You can find links inside the video taking you to the original videos as well, but here is also a playlist including them all:

I am definitely looking forward to next year’s Top Marques Monaco as well and how to do it in 2016, that I do not know… Yacht instead of apartment, another car instead of a Porsche? We will see… My Top Marques 2015 experience was however absolutely perfect like it was, cruising around Monaco and the mountains with a yellow GT3 and my dog, meeting up with friends and their cars. Hard to make it better!