RoadsTwo cats on a col 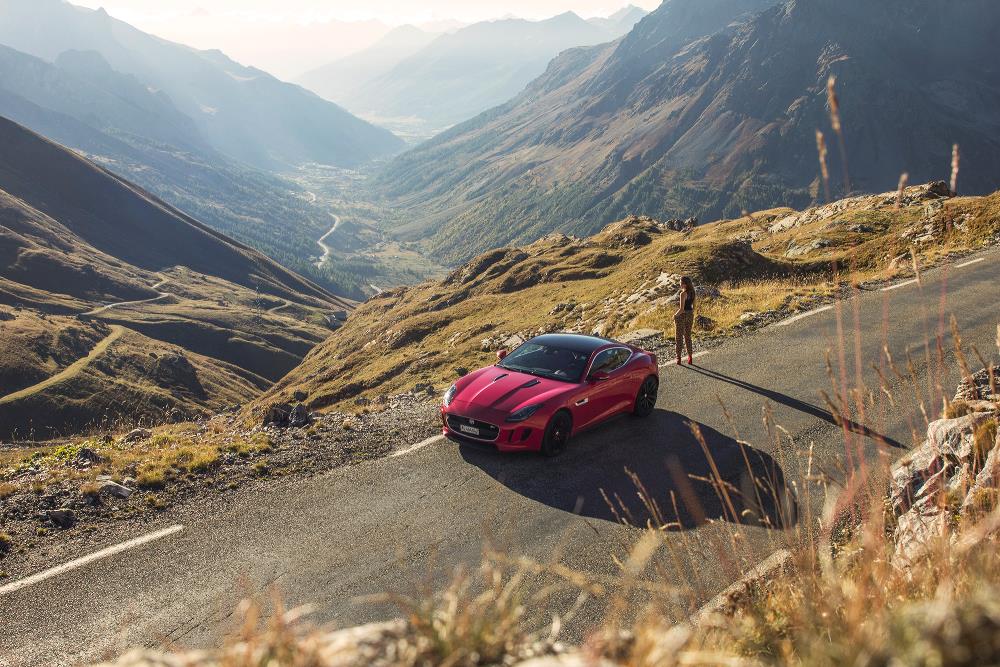 Since the start of September I have been on a MX-5 launch in Barcelona. I have been with the Nissan 370Z Nismo in Switzerland, Italy and France. I have been one week in Tuscany on a group driving tour with a Lamborghini Huracan and other nice cars. I have been on the UD Supercar Test Event in the Alps doing the tail car job with the Jaguar F-Type Coupe R – chasing a Lamborghini Huracan and Ferrari 458 Speciale. After that I continued with the Jag to the Riviera, Spanish and French Pyrenees, Provence and the Alps. The day after I returned the Jaguar I was already on the plane for a driving tour in Scotland.

I spent two weeks with the Jaguar and drove 5186 km in total. Not sure how happy Jaguar is about that, but all I can say is that you can go everywhere with that car, because I have been pretty much on every road you can imagine with it… And maybe some roads you would not even believe exist, and most people would possibly turn around and choose another route, but I did not. Because although it comes with a pretty high price tag, it is a daily driver. If I owned one, I would want to drive it everywhere – and now I know you can do it. And never came a day when I loved it any less. In all honesty, and I have driven several nice cars lately, but never have I missed a car as much as I miss the Jaguar. Really stole a piece of my heart! So basically I have been everywhere but home lately, and this busy life on the road will continue for a few more weeks.

However, I do have a lot of nice stories and photos waiting to be published. So very soon I will start sharing my photos and videos from recent trips, including the Jaguar road trip – teaser here:

A Lamborghini Huracan under the Tuscan sun

I am speechless, but yet to say few things…

Maybe you like (and miss) the Jag so much among the others, because this is one of the few cars you been driving around, like you said “everywhere”. Maybe not highest number compared to kilometers/ days, but you have _experienced_ with it more than with the any other..just my fifty-cent :)

Thanks for this update and the teaser…ooooh that engine just growls your heart out!

“doing the tail car job with the Jaguar F-Type Coupe R – chasing a Lamborghini Huracan and Ferrari 458 Speciale” Damn. Add me in to this party.

This is very true what you are saying. Two weeks one on one time with a car is quite precious and indeed when you do 5000 km with it, there are plenty of opportunities to create a lot of memories together… I miss the feeling of being with it, waking up knowing the keys are in my pocket and the roads are out there to be enjoyed with it, that is one part of it. Missing the moments spent together.

But I also miss it because it is a great car, so if it was a bad car I would obviously not care, no matter how many weeks we spent together. I have now driven a MINI JCW company car for months and I have no feelings for it haha, it just takes me from A to B… Read: Can’t wait to get something else next year ;-)

Now many people asked me if I prefer the Jag over the Porsche, because I had the Targa 4S a while ago (think I did around 2500 km with that, but only had it for 5 days so “less time to get attached” ;-) ). I drove both up on one of my favourite roads, Stelvio. Porsche handles better and with the long history Porsche has making sports cars (or “race cars for the road” is maybe a better way to put it, Jaguar has a history too of great cars, but the DNA is a little different… more luxurious, less racing, perhaps), I would be a little surprised if the Jag would have felt like a better choice for this road, Stelvio is a real “Porsche perfect road” so to say with all the tight corners. But the Jag was REALLY good too and because Jaguar in a way is what it is as a brand (not in a negative way, but I have never thought of Jaguar as a brand that focus on “real driver’s cars for the sports car enthusiast”, I only imagined they make cars for cruising around and looking elegant…), I am happy they managed to build a car that I feel is a real performance car and plenty of fun on mountain passes.

So I am surprised. As said it might not be of the same “build quality” as I felt the Porsche was (but it is also less expensive), but personally I actually feel the Jag is more exciting, it sounds better, it makes me smile just as much and maybe even a little more, I like the look of it a lot (very beautiful design and attracts attention), and when you think about it and realize it is a Jaguar and not a Lamborghini, Ferrari or a Porsche – some of the more obvious choices if you want to drive a really exciting sports or supercar – you love it even more!

That is what is so special about this car – it is so much better than I expected it to be :) Add to the list that it really also was the _perfect_ daily driver that I would not mind driving every single day without getting tired of it, and I am sold…

Exactly. Jag has more features, which existence are not probably even realized until it is “there”. Jag makes it explicit. Without being too scholarly – overall feelings deliver more than what “normal sportscar” do. It is a car you do not run into every day and though your “Stelvio Porsche” looks and feels good, Jag goes further. Some people avoid dissimilarities, because they are out of their safe-zone and that is why they choose more familiar brands like Toyota :D Like you phrased: for some people car is just a big box of metal, that enables going from place A to B, they are not after anything that moves you like car-enthusiasts does. Jag delivers! Just being different compared to others – even beating Porsche which always stands out in their design and quality!

It is quite interesting to see what will stand out next and passes THE JAG. You have these great opportunities to experience something totally different which is imo by no offence, a huge blessing :)

Haha yes there will always be next cravings, story of my life… We will see what car it will be…! Maybe I need to drive a few more Porsches in 2015… you know the ones that come with big wings… ;-)

I have a hunch on this. Give people what They want ;)