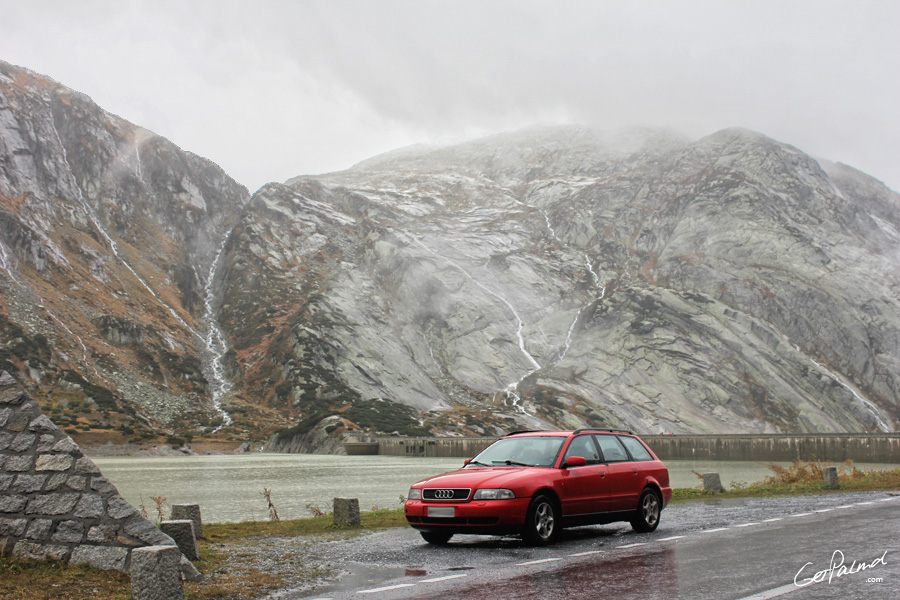 First driving heaven dream come true on this trip – well, after Nürburgring, but I didn’t actually drive on the track so can’t count that in – was Grimsel Pass and right after it, Furka & Oberalp Pass. I don’t think many people would write about the world’s best driving roads without including them – at least not me. However in most of those photos it looked very different from what it was when I was there – this time I didn’t see a green Grimsel Pass, but next year hopefully! Instead it was rainy and foggy, but fascinating landscapes anyway, so I didn’t care. I talked with a couple in their fifties who were driving around Europe on their motorbikes, that with a motorcycle it’s pretty easy to stop and take photos because it doesn’t take up that much space, but with a car you can’t just stop anywhere on the road. On Grimsel Pass I experienced a moment of disappointment when I couldn’t stop in a hairpin corner and I saw the most beautiful huge rainbow over the valley. However you can see it a little in the video at least, but I still just think about the photos I could have gotten if it would have been possible to stop right there. Damn. 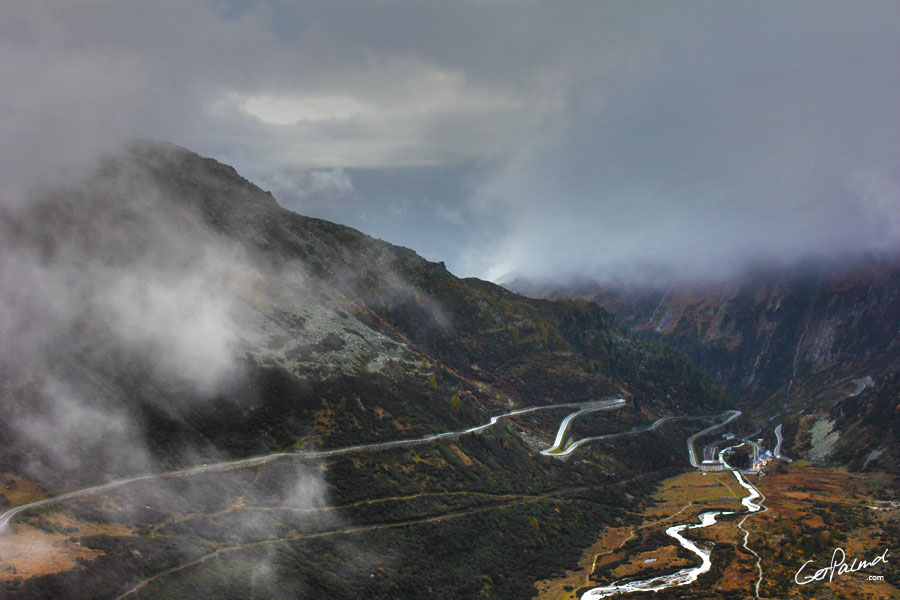 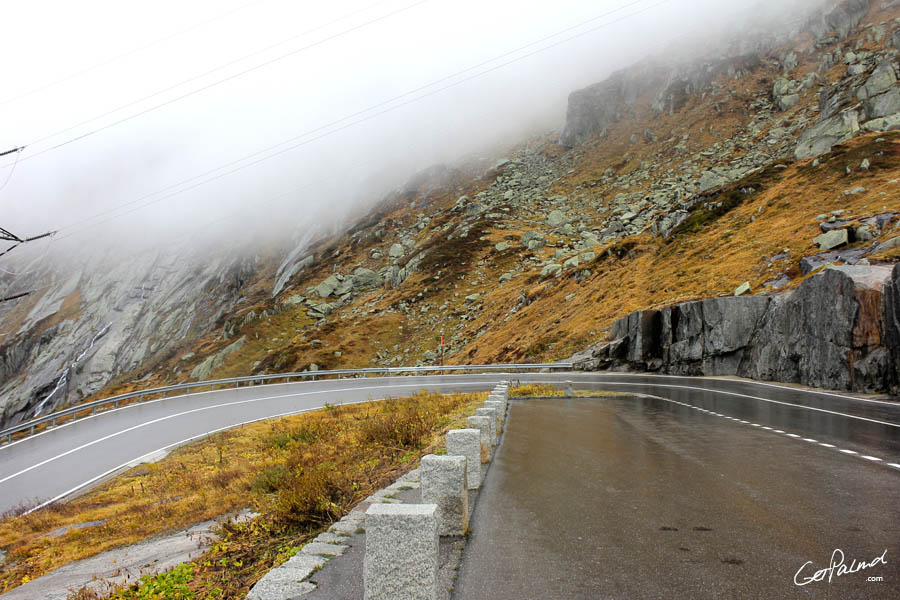 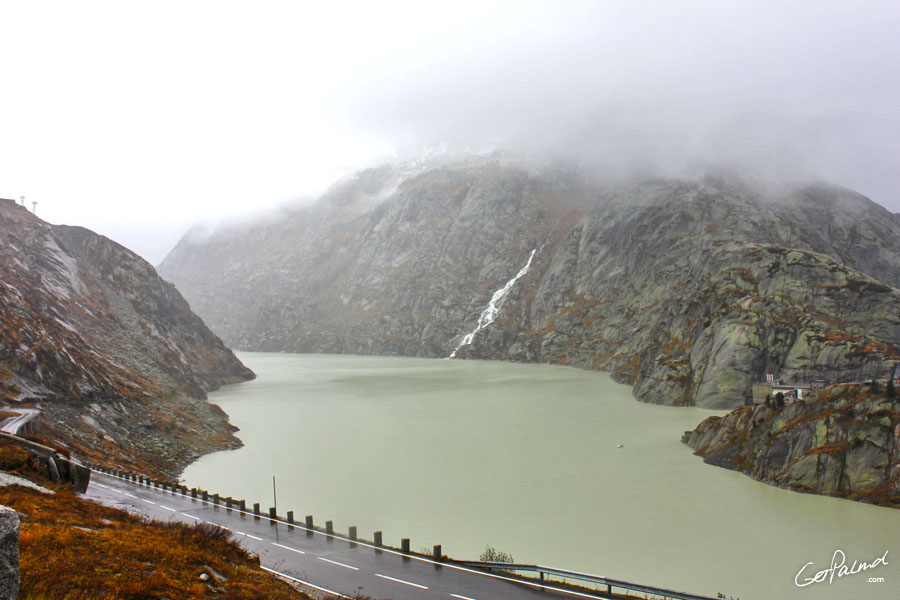 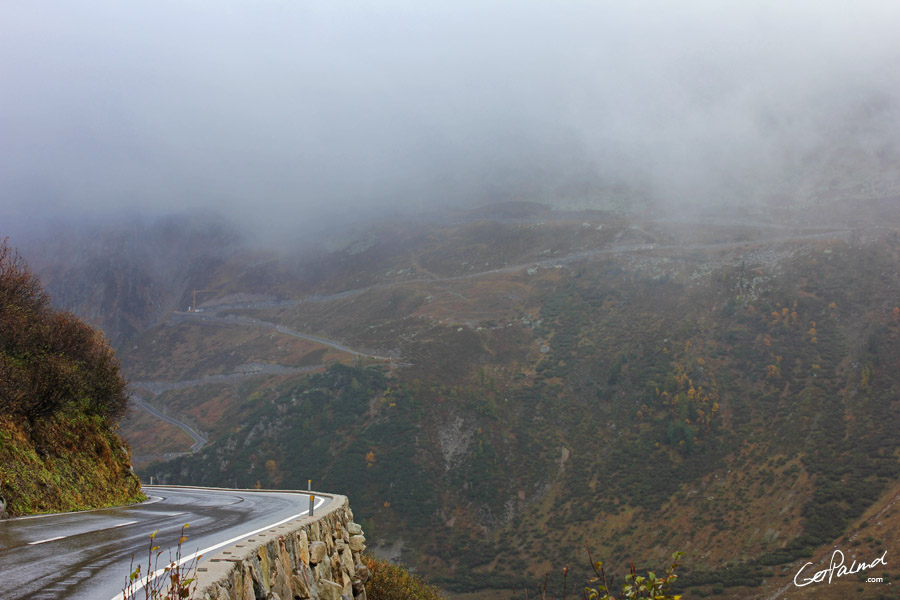 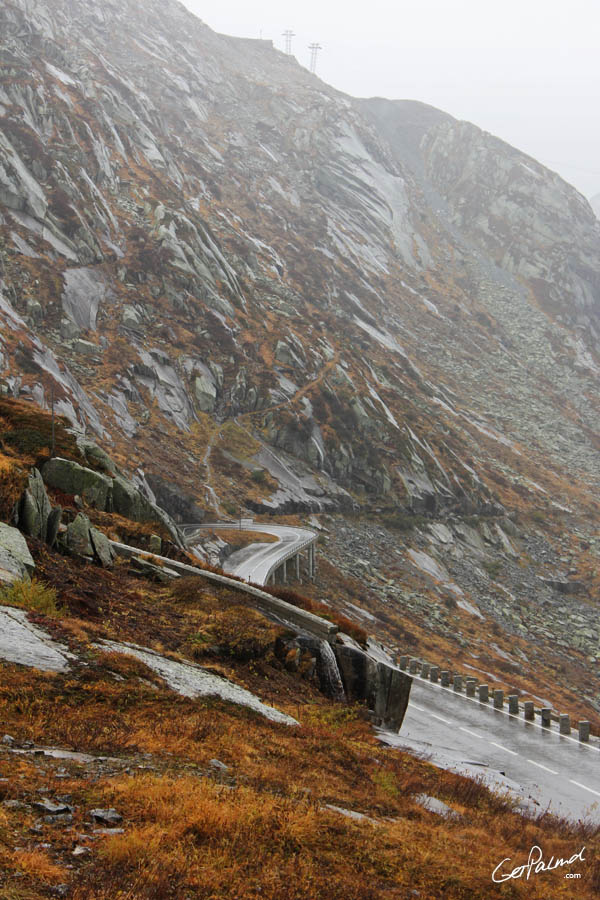 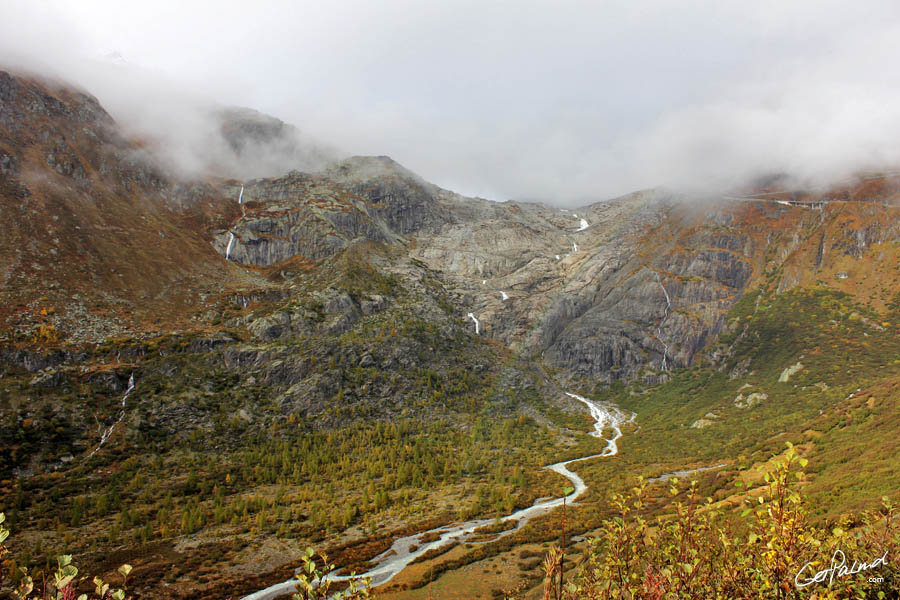 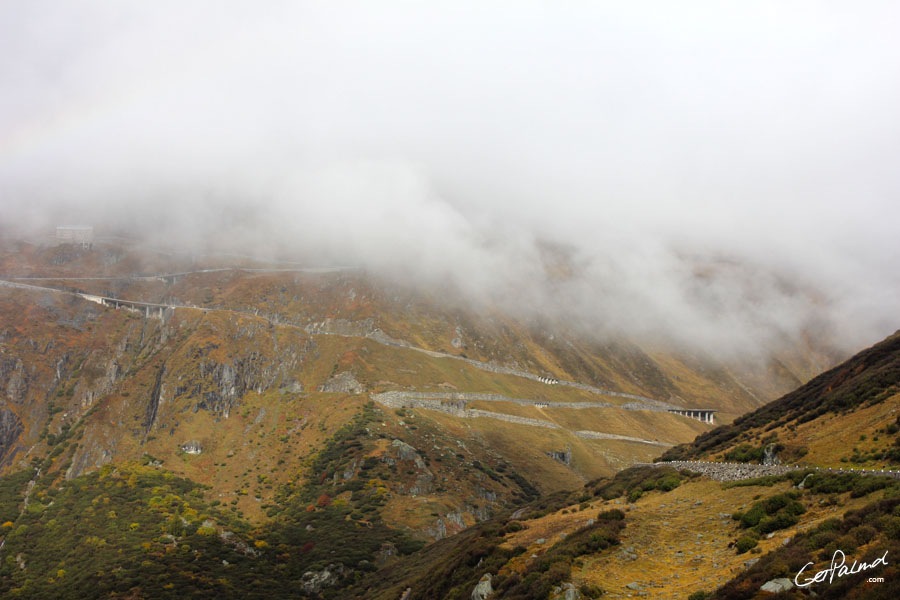 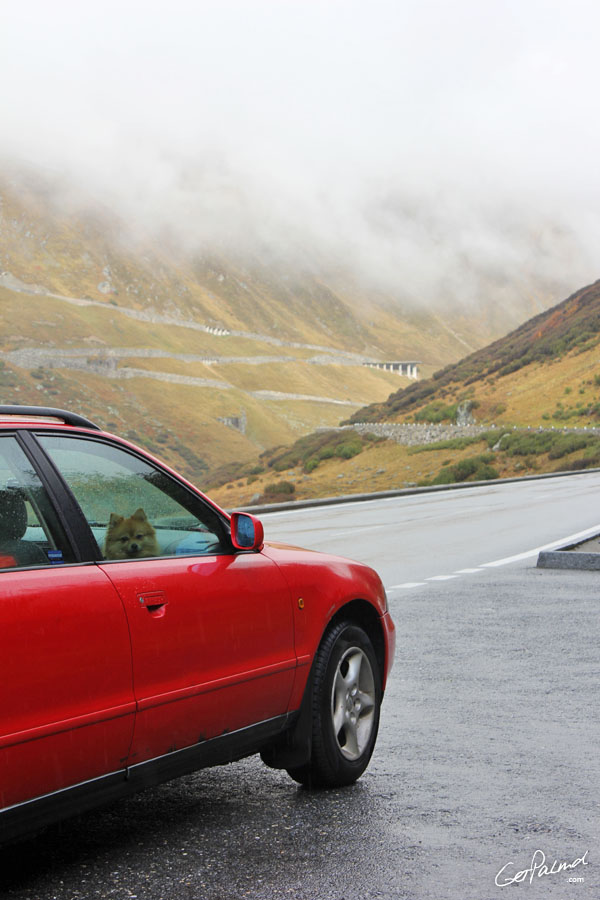 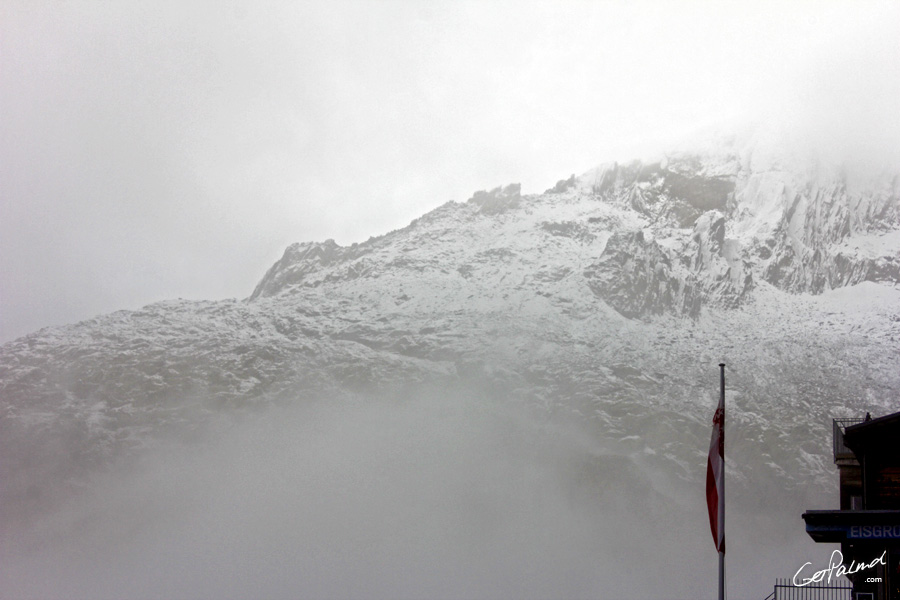 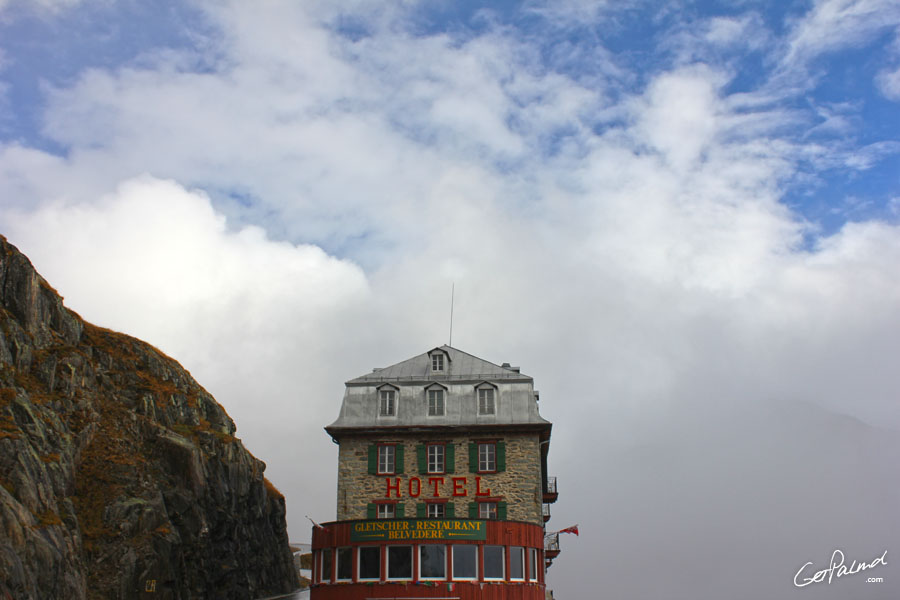 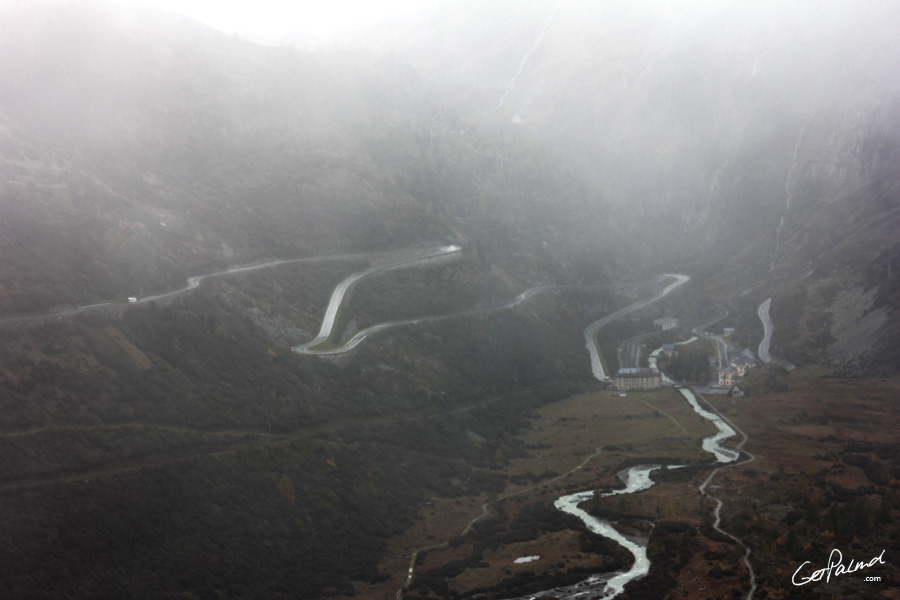 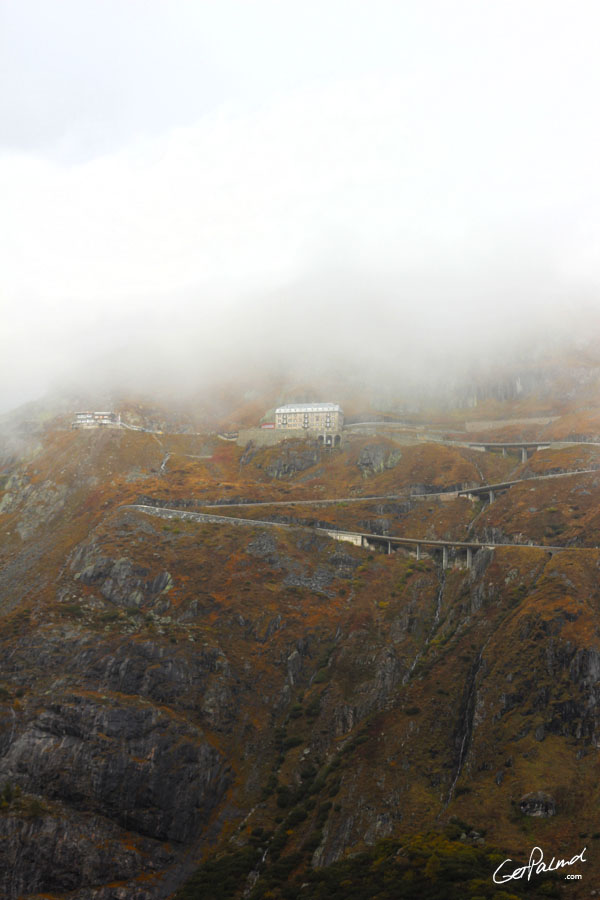 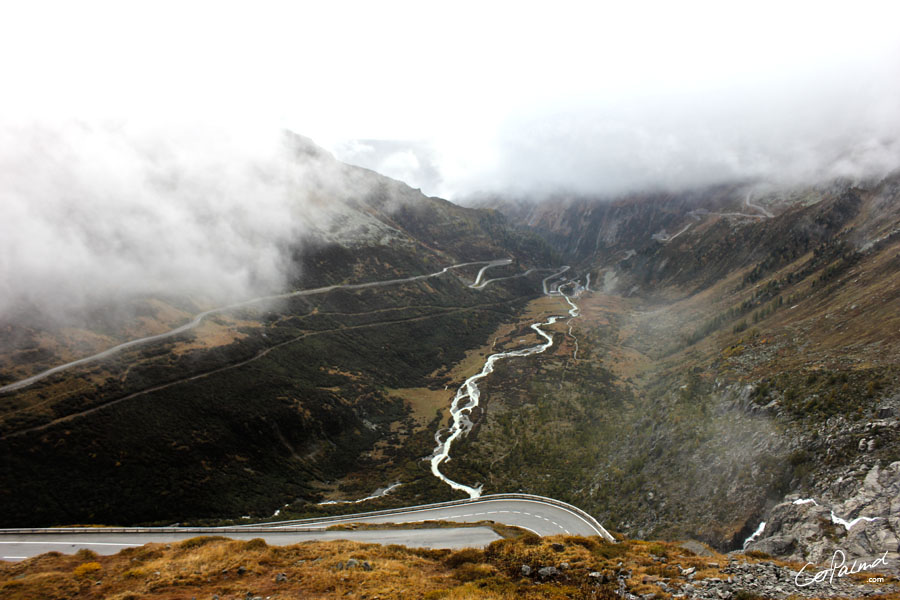 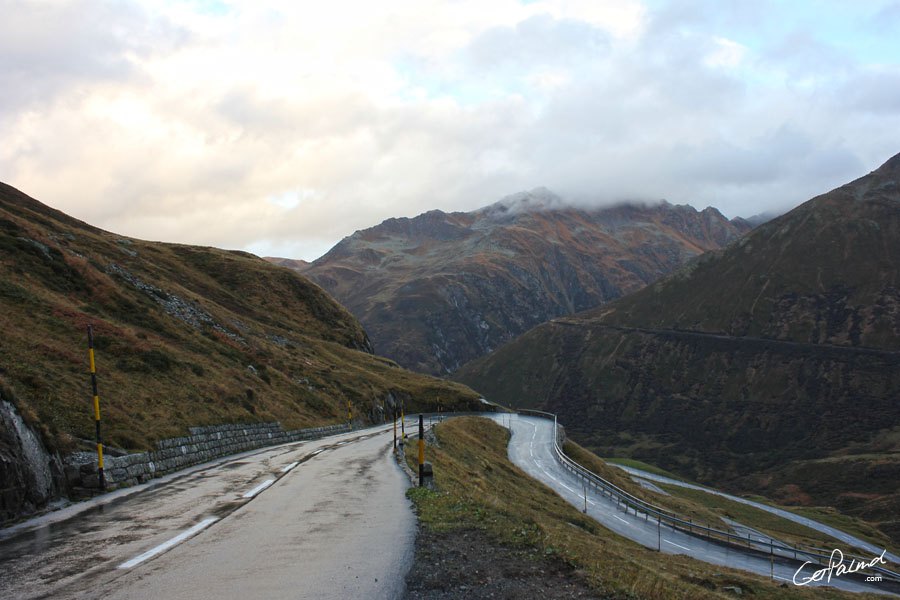 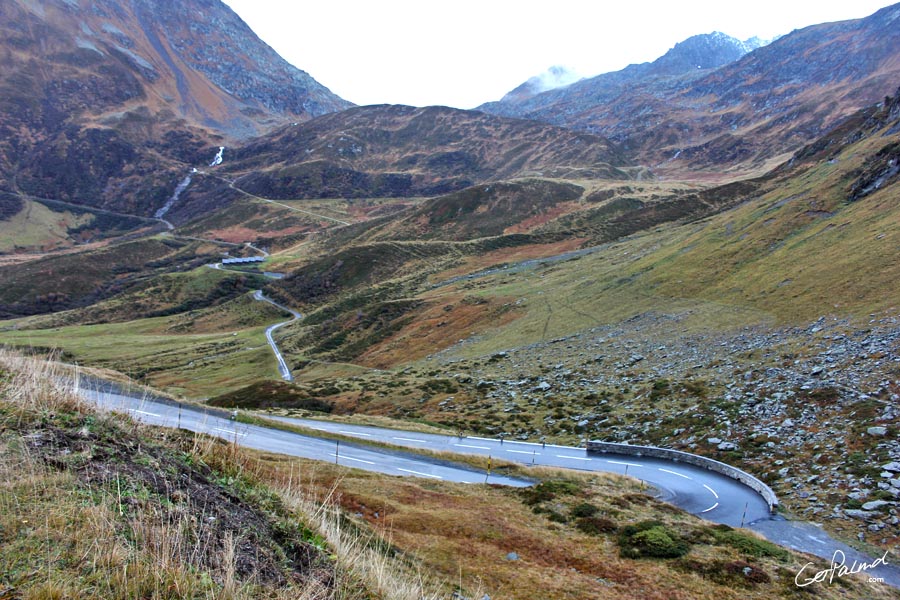 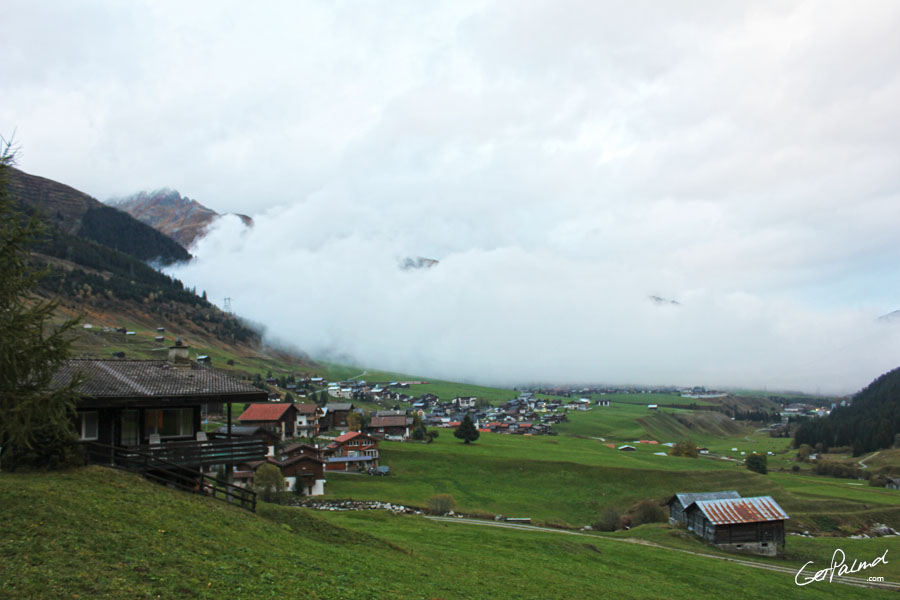 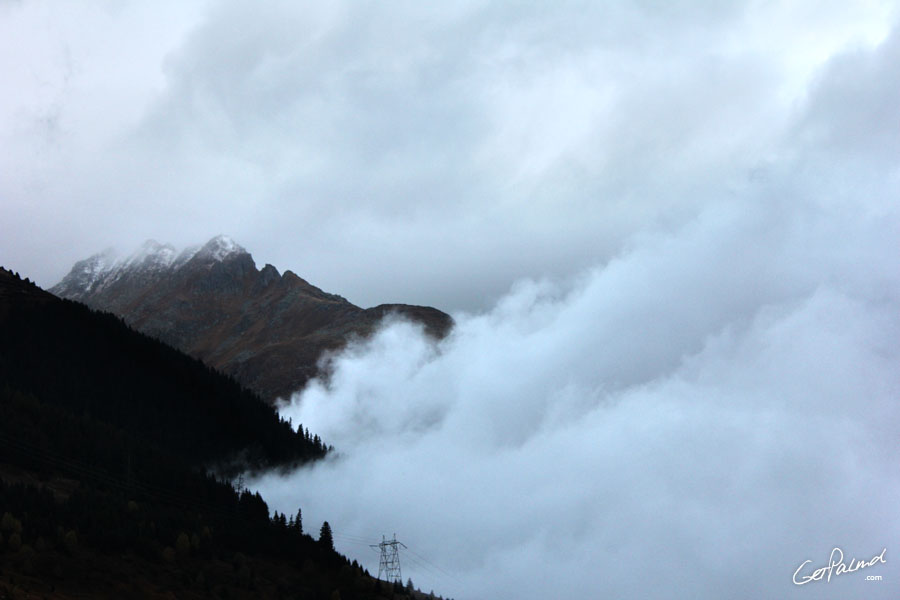 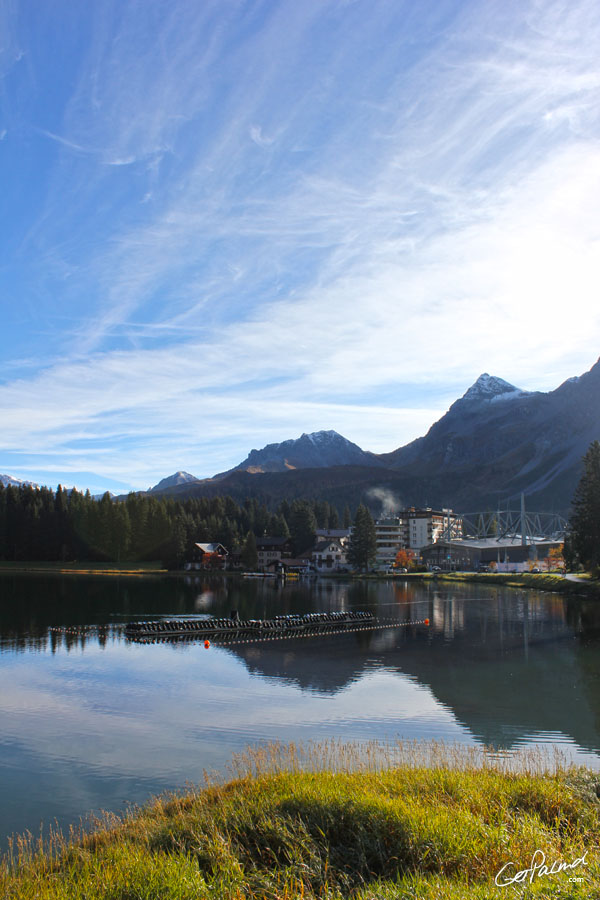 One reason why I rarely get bored in my own company is because I’m not that good at planning things. Or perhaps I am, but I’m also extremely good at changing my plans in the last minute. Three first weeks of the trip I traveled in the style “I’m not sure where I will be tomorrow, but I’ll just keep on driving, because this road will lead me somewhere”. Most of the time it was fun and I ended up in strange places, sometimes it became more stressful than fun.

This evening could have been one of the more stressful moments but because of the views, and the roads, I have to put it in the fun category. After Oberalp I drove to Chur and it was getting dark and I had no idea where I was going – and had no internet with me either, just the navigator. I call my mum and tell her where I am, that I’m tired, and that she could book a hotel for me somewhere nearby Chur. She found one 30 km from Chur, in a place called Arosa – book it I said, so she did. 30 km in flat landscapes would have been a quick and easy journey to the hotel, however I forgot I’m in Switzerland. It was 30 km on super curvy road up to the mountains and no lights anywhere, it was completely black. Took me slightly longer to get up there than I had imagined, and when I finally arrived outside the hotel, the check in had closed a couple of hours ago. My mistake for not telling mum to check that when choosing the hotel. But it didn’t matter, because I had just done an insanely fun road uphills and there was a bar open so I went for a beer and then happily slept in the car. Woke up to a stunning view over a pretty lake, and drank my morning coffee in Arosa before driving same funny road downhills towards Davos and Stelvio. Not that bad after all. Someone told me that you find nice driving roads everywhere in Switzerland – he couldn’t have gotten that more right, amen. Go explore and you’ll be positively surprised.

With a sailboat from La Maddalena, Sardinia to Bonifacio, Corsica