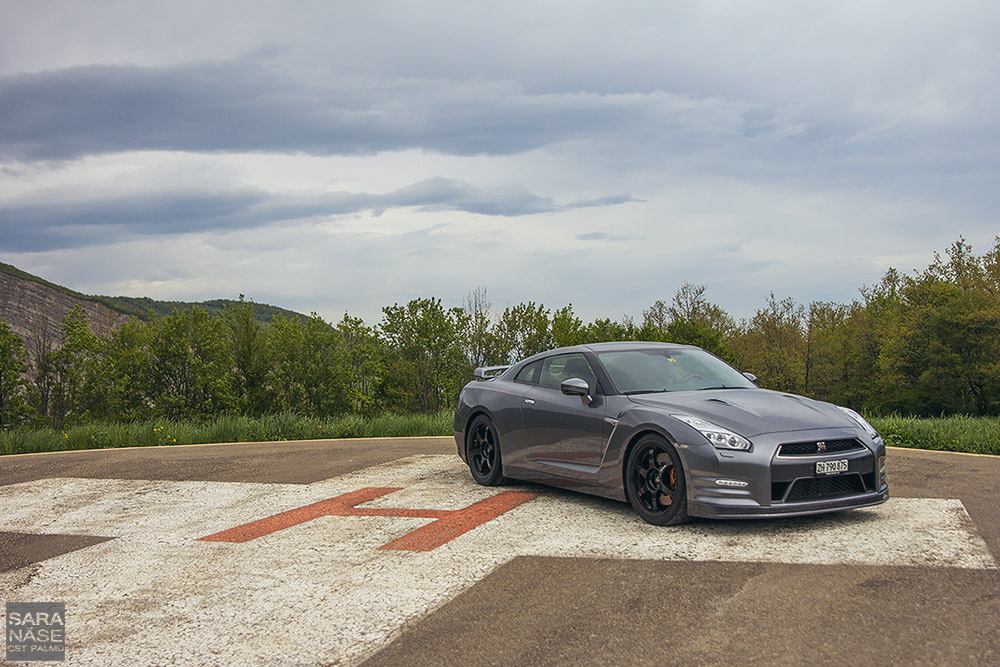 On my way south from Zürich to Italy I stopped one night in a town next to Maranello before driving to Tuscany the next day. All roads lead to Tuscany… I drove quite a lot of roads I have been on before but also many new ones. I had my friend seated in the co-driver’s seat so this time I do not have an exact route map to share, I just followed his pacenotes. We were on a mission to find geysers and pipelines that is something you can actually find in Tuscany. The area around Sasso Misano is known for geothermal productivity and you can sometimes see smoke rising from the ground in various places there. Unfortunately we did not manage to find anything very spectacular for a photo. Gas pipelines, check. A little surface bubbling in boiling ponds, also check. You could probably find more if you go hiking by foot, but it is difficult to find places where you can get close enough with a car for smoky backgrounds. Although the photo opportunity I had in mind never appeared I have to say the driving roads in the area are absolutely spectacular. I was driving at speeds I need to leave out of this text, because this is again one of the cars where you hit big numbers instantly after you step on the throttle and then “forget about how fast you are going”, that I realized what an amazing grip the Nissan GT-R has on uneven Italian-tax-money-was-certainly-not-spent-on-this-road tarmac. Four-wheel drive and good tires of course helps, this GT-R was on Dunlop SP Sport Maxx GT 600 DSST CTT semi-slick with special Nismo rims. But the conclusion was that it is such a pleasure to drive this car hard on imperfect Tuscan roads, if it makes sense to say anything like that. My reason for even mentioning this is that I drive a lot of cars I need or at least want to take it a bit easier with when I get on patchwork roads with potholes and bumps every here and there. If I would not torture the shock absorbers diving into a pothole I would probably at least scratch a low front landing from a jump. This GT-R Track Edition came with the chassis identical to the one they use for GT-R Nismo, with Bilstein® DampTronic shocks and higher spring rates. It is a proper driver’s car developed for the race track but at the same time practical and comfortable for road use. You drive over bumps without killing your back and the ground clearance is high enough to save the bottom of the car from the ups and downs the Italian drivers need to deal with every day. With a Nissan GT-R I never worried about road condition and the damage it might cause to the car because no road or pothole felt like an issue for it. The car feels higher than most other sports cars, it feels big and it feels like it can take quite a lot before the bolts start falling off or you scrape the front. The fact you can leave behind your worries when you enter the driver’s seat of the GT-R makes it an incredibly fun high performance sports car to daily drive and really enjoy. No wonder GT-R is called Godzilla! And how fast was it in a straight line? Launch control tests will follow in the test drive video. That old asphalt combined with those (still potentially too cold) tires was maybe not the best possible for such tests because on first tries there was a little wheel spin in first to second gear, but it anyway felt incredibly fast. So fast that I need to add some censor beeps to the reaction video. I know doing a lot of launch controls will obviously cause some parts to wear out more quickly but if you sit in a GT-R that does 0-100 km/h in less than 3 seconds… Try to resist the temptation. 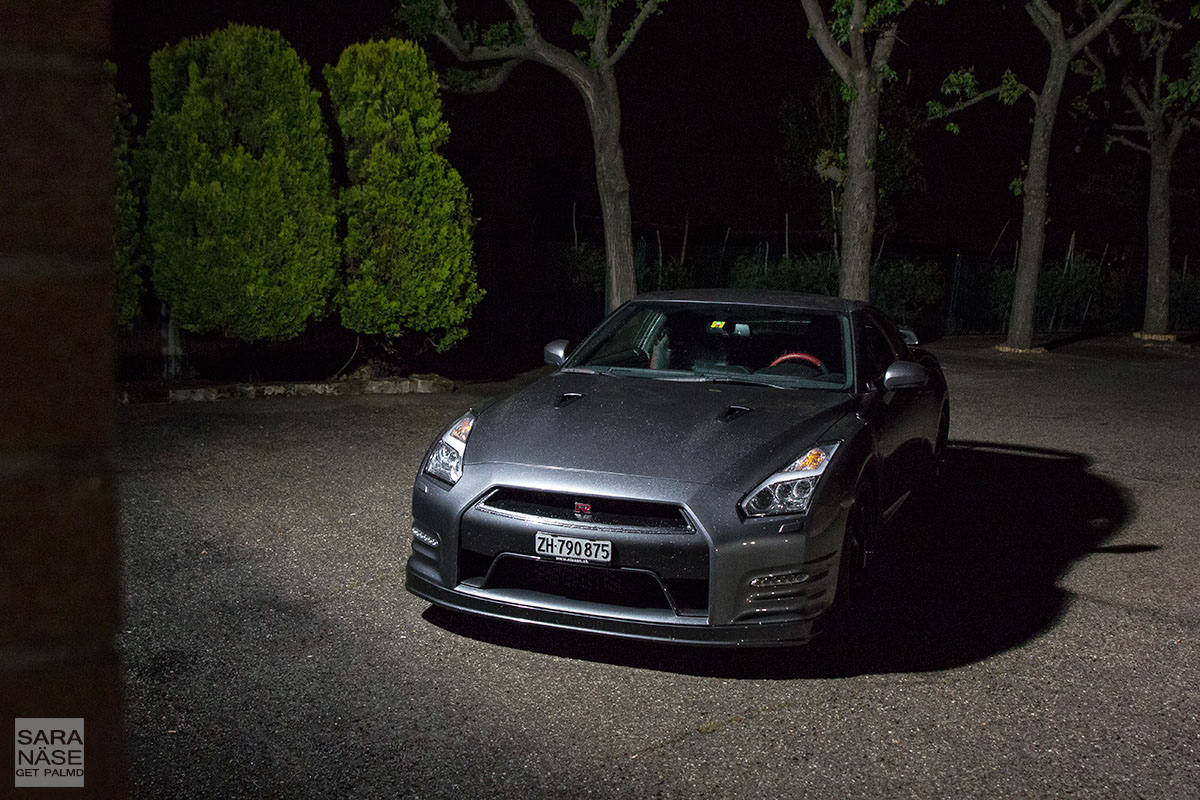 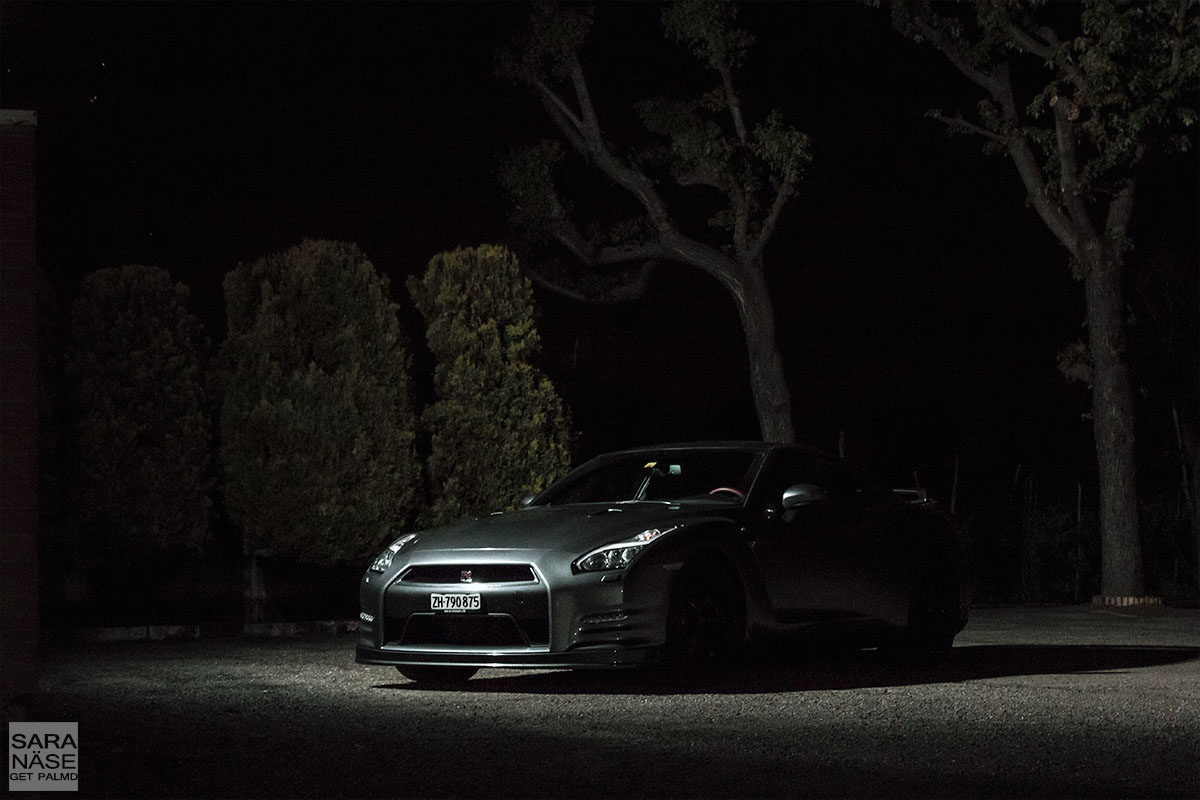 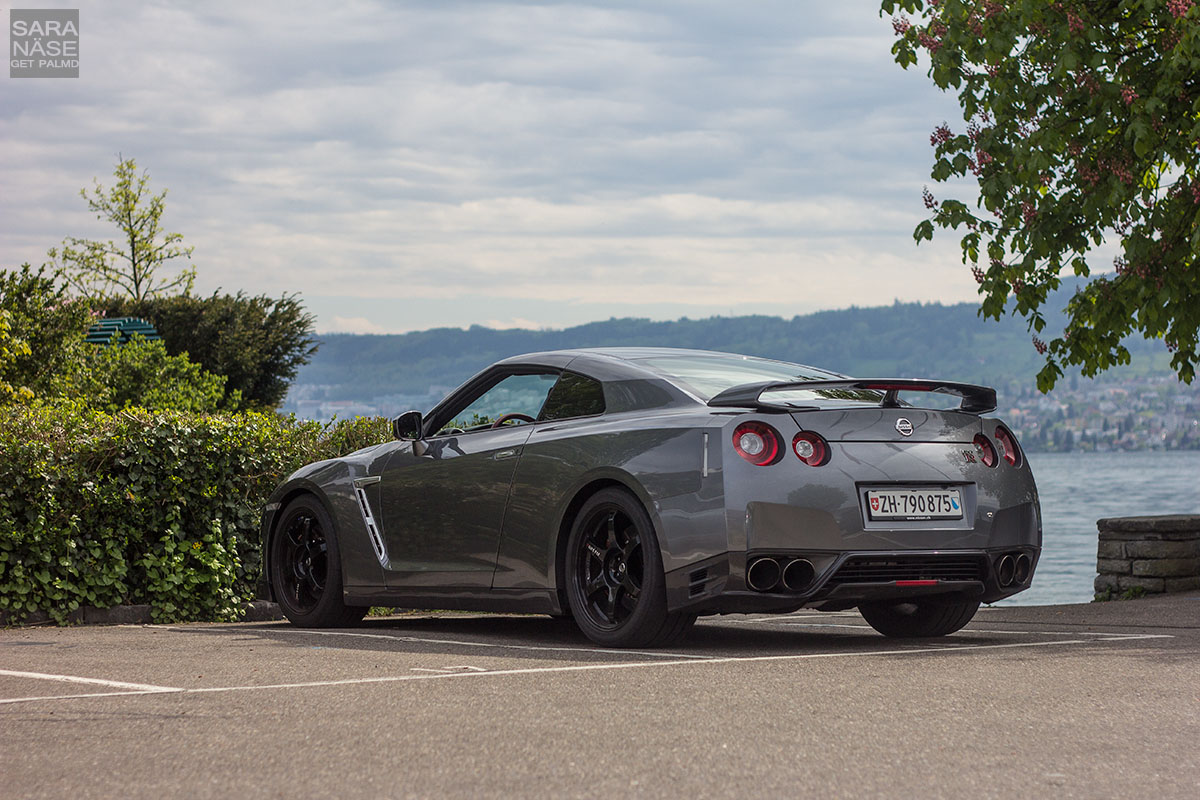 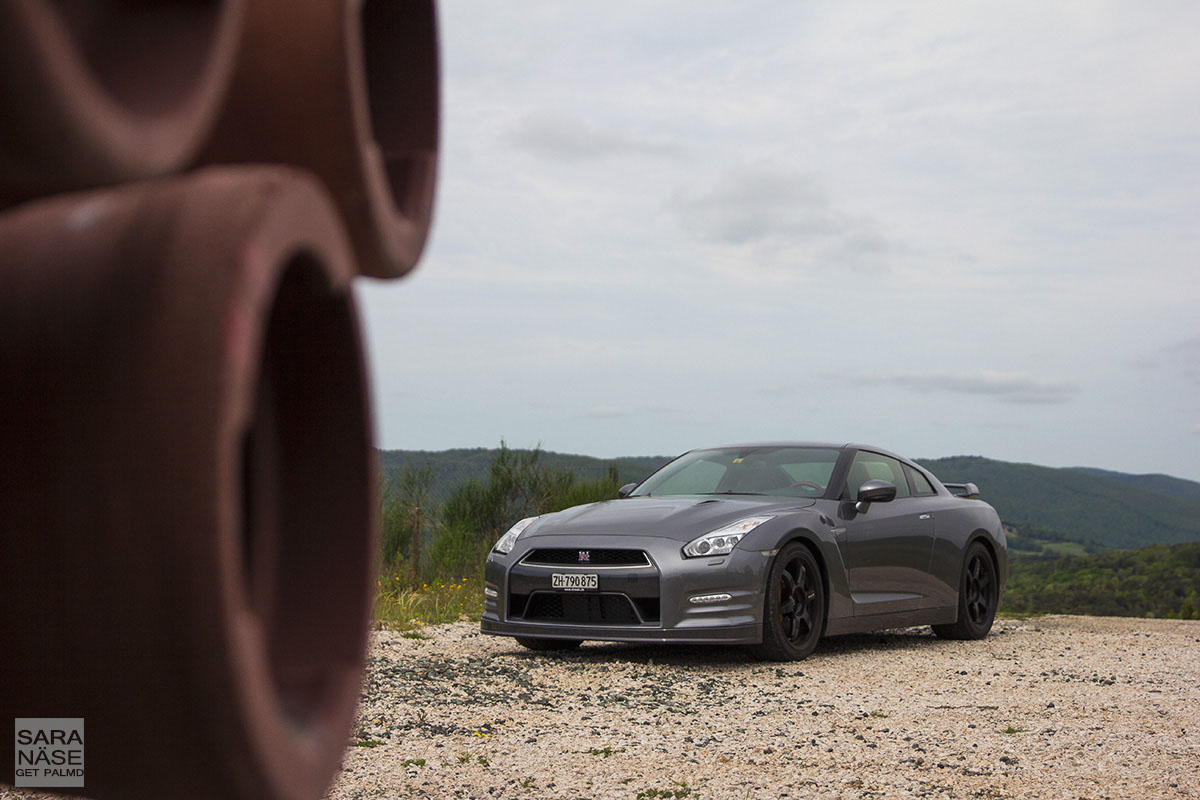 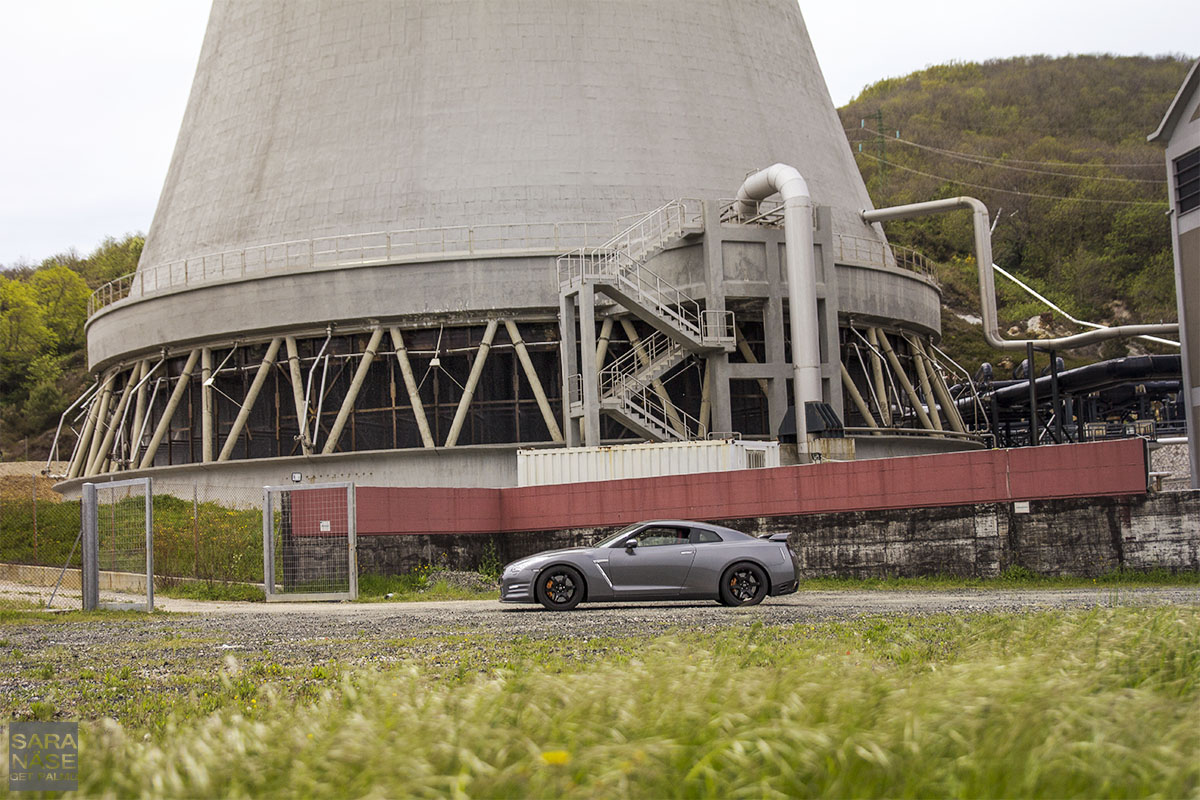 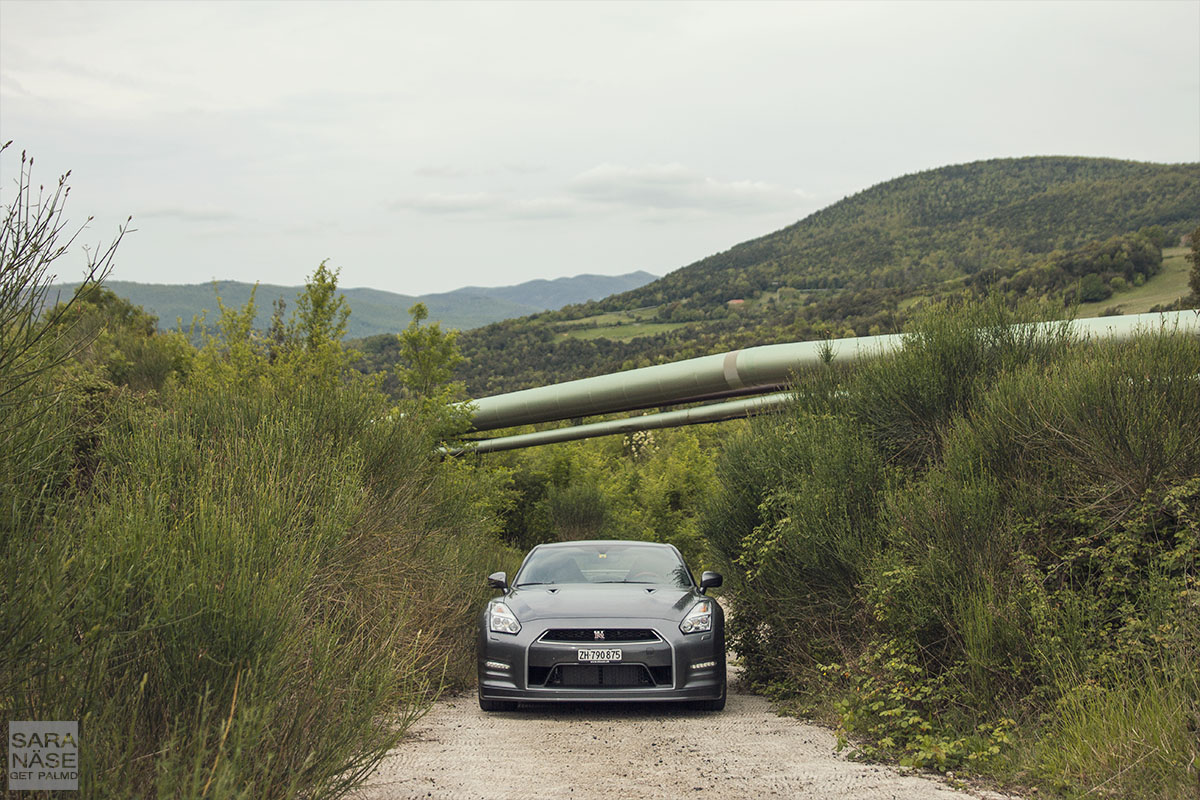 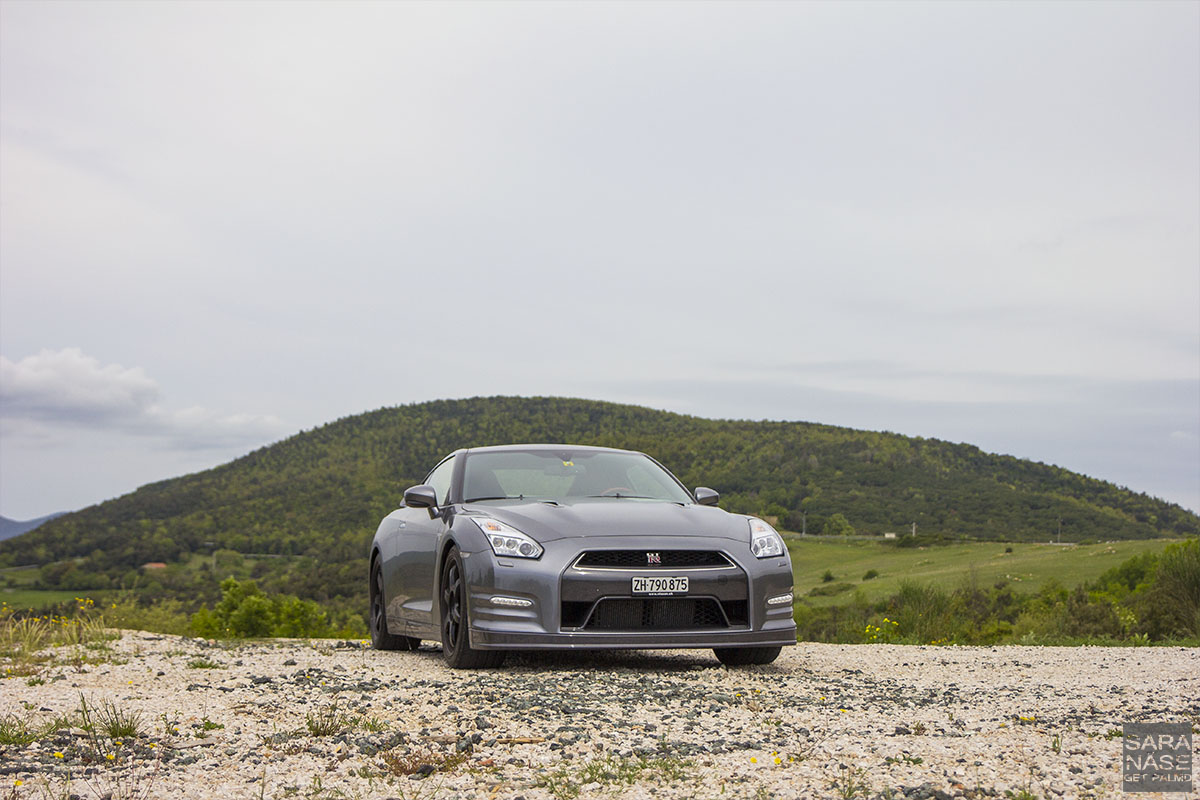 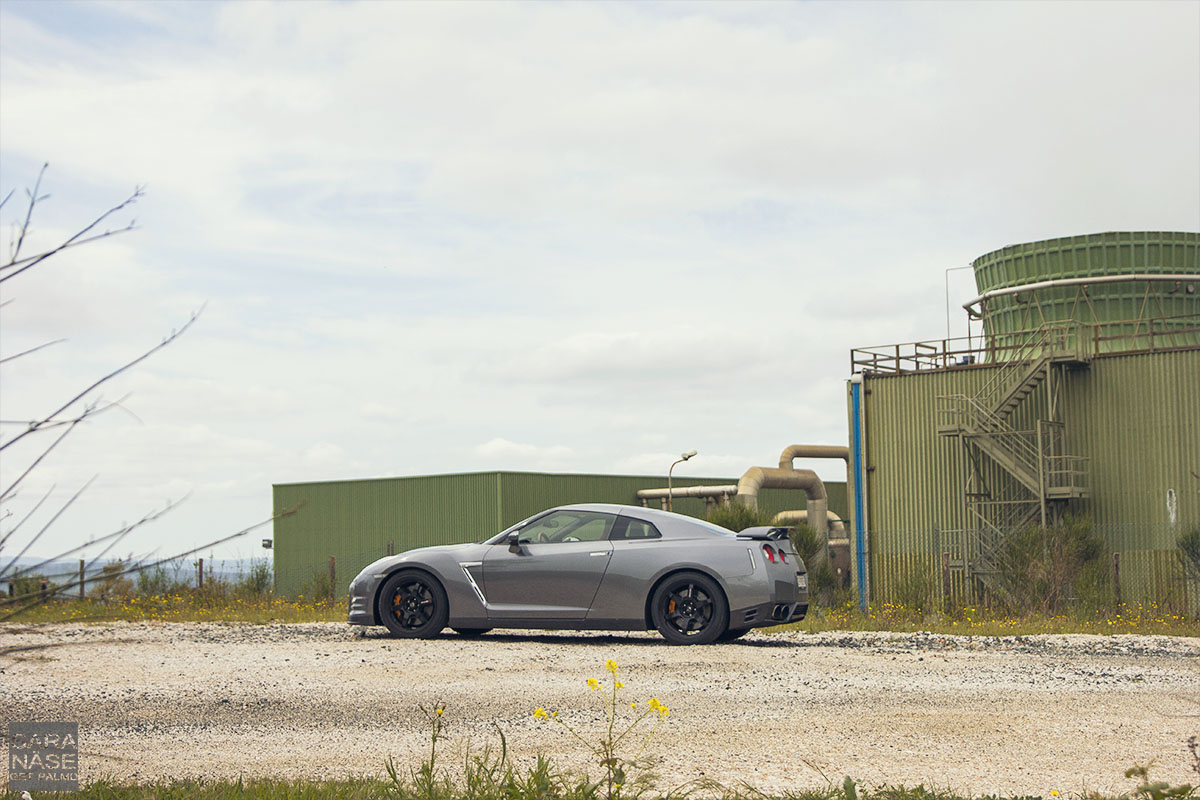 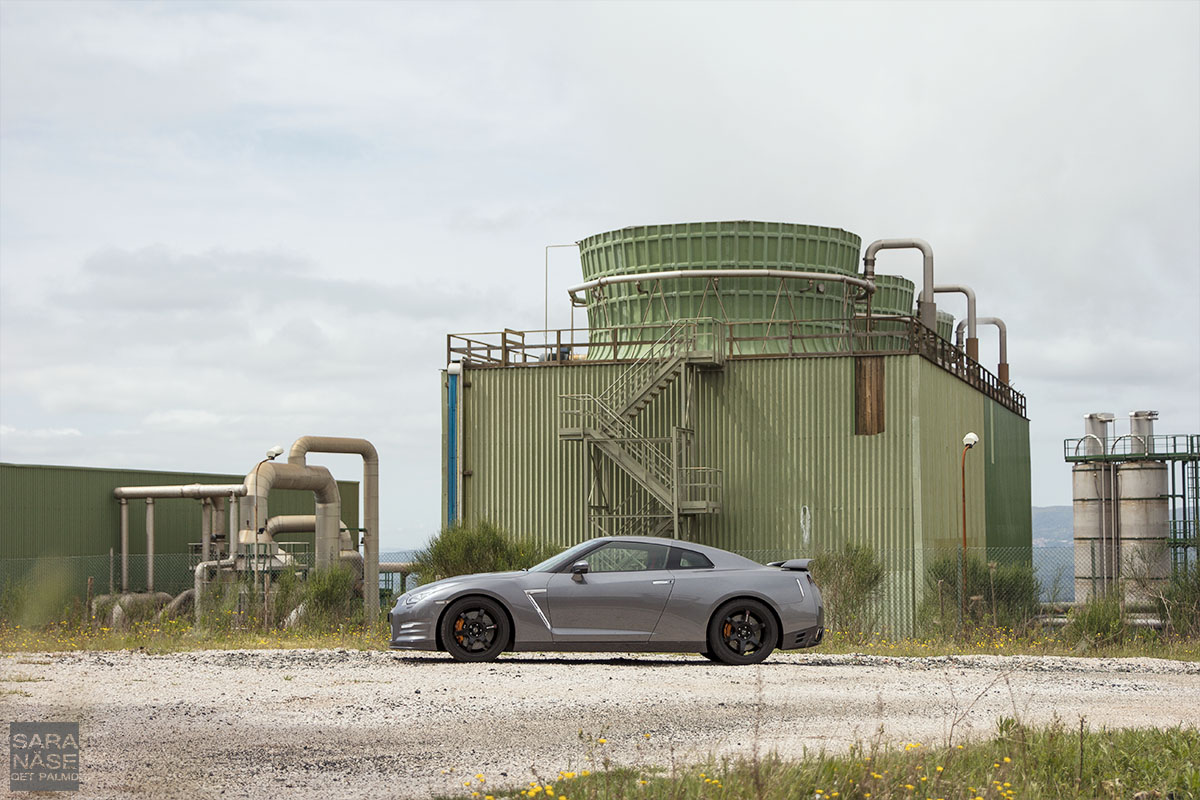 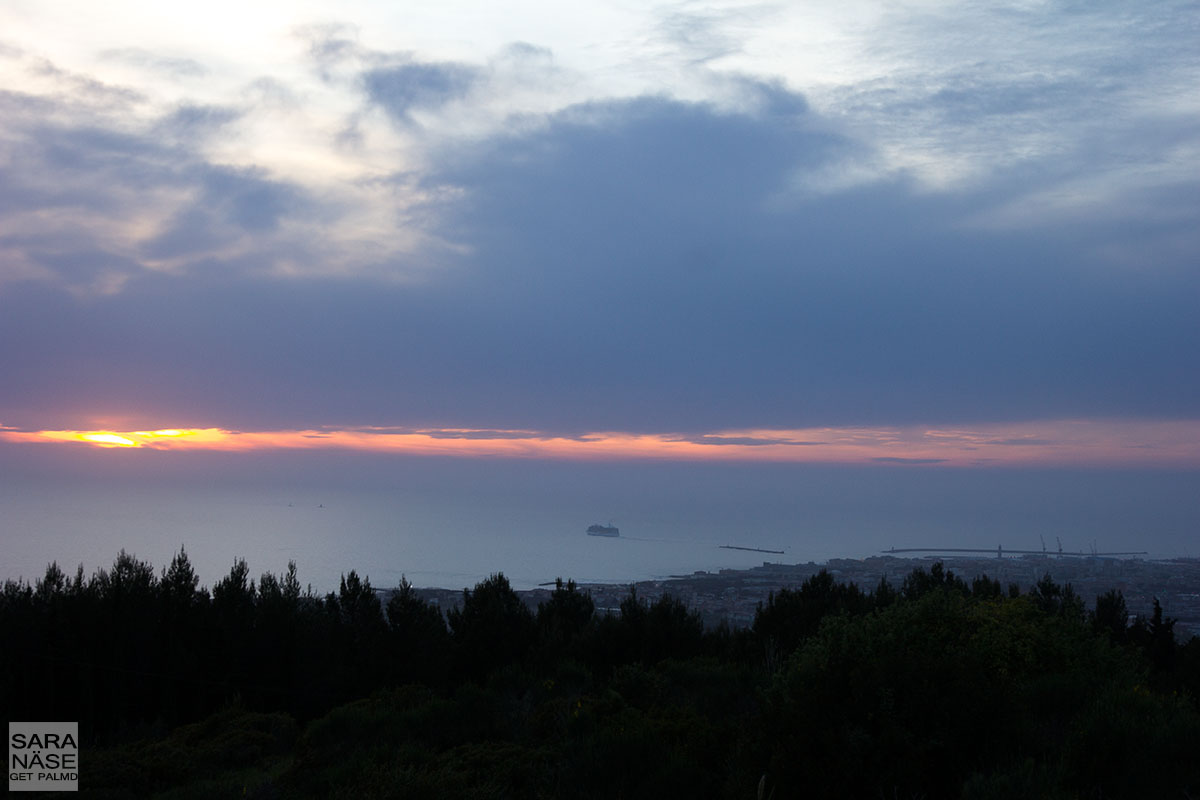 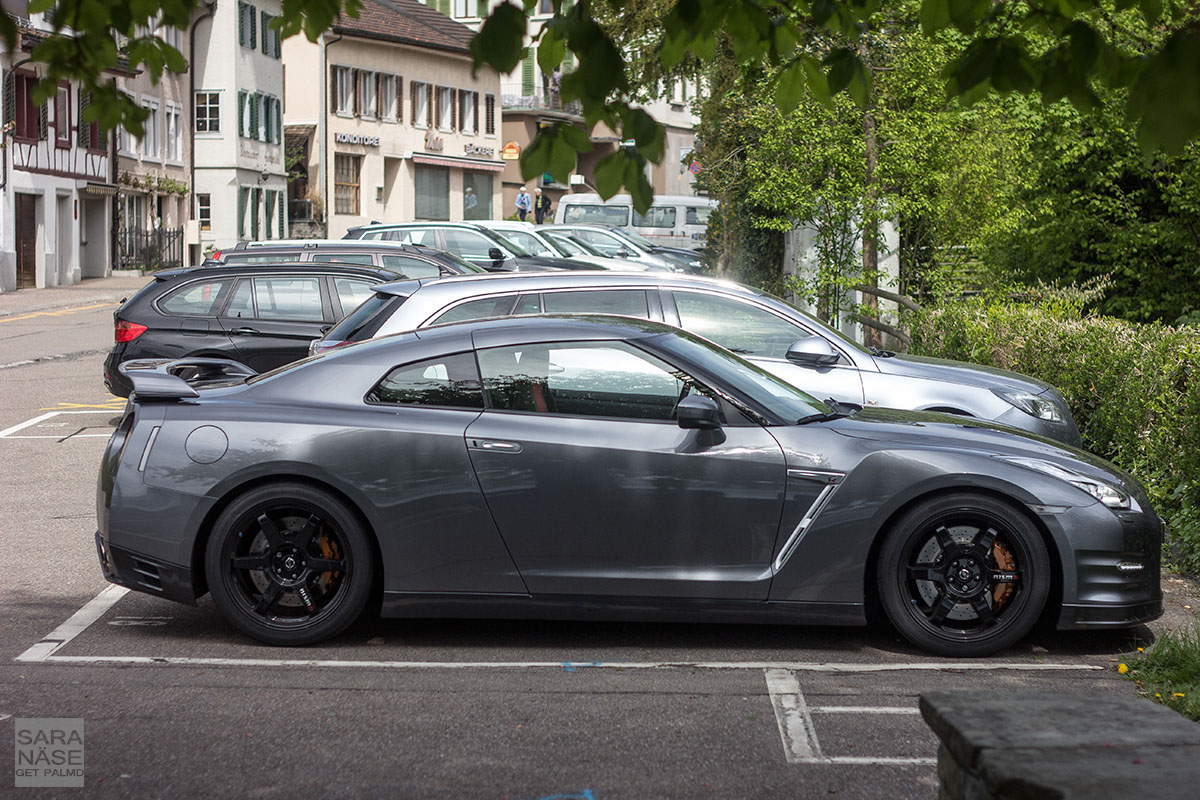 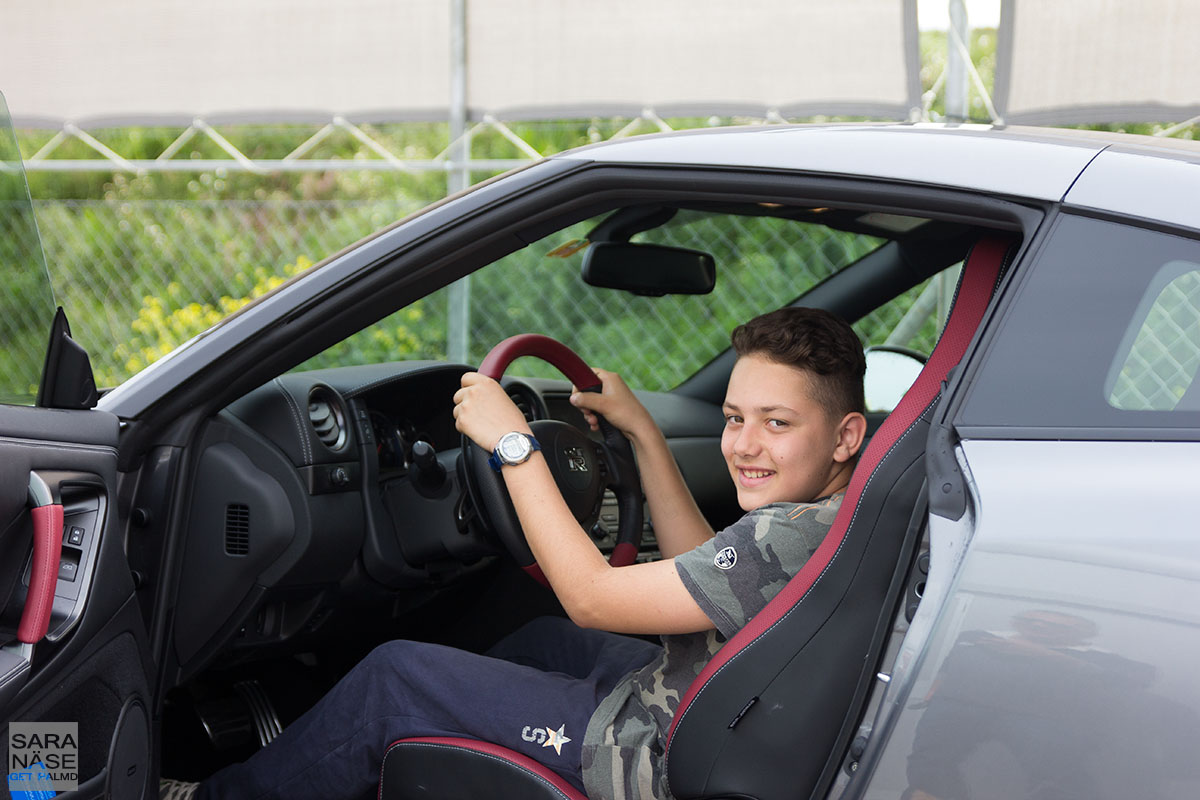 Indulge in Tuscany – 3 restaurants to visit